The Dark Secret of Thailand’s Child Brides - FreedomUnited.org
This website uses cookies to improve your experience. We'll assume you're ok with this, but you can opt-out if you wish.Accept Read More
Skip to content
Back to Global News 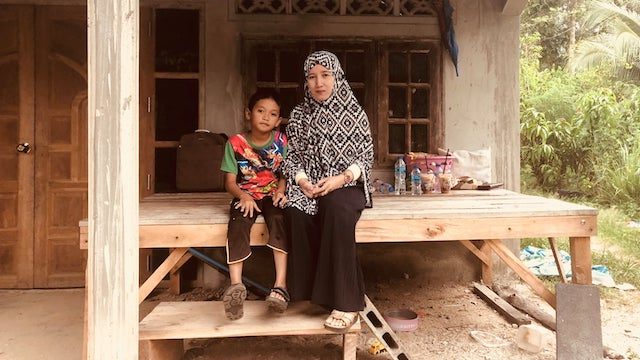 Earlier this summer the marriage of Ayu, an 11-year-old Thai girl, to 41-year-old Che Abdul Karim Che Hamid from Malaysia sparked outrage in parliament and on the streets in Malaysia. Yet the response in Thailand was far more muted.

In Malaysia, men can legally marry girls under 18 only if they get Islamic sharia court approval. But Hamid got around this by crossing into the Thai province of Narathiwat for the wedding, paying an imam 4,500 baht (£105) for officiating before getting his new marriage certificate stamped at the Islamic Council offices. With that, Ayu became his third wife, and the pair crossed back into Malaysia.

Hashim Yusoff, the imam who married the two, defended the wedding, saying that “Ayu” was “mature” and he made Hamid pledge to not have sexual relations with his 11-year-old wife. However, recent medical tests have revealed that Hamid did not keep his promise.

The Guardian reports that marriages like these occur because of a legal loophole:

Since 2003, under Thailand’s strict child protection laws, no one under 17 can marry, and sex with a minor is a prosecutable offence. However, in the southern provinces of Thailand – Narathiwat, Pattani and Yala, which are majority Muslim – a legal loophole allows Muslim communities to apply Islamic law to family matters.

According to this law, there is no minimum age for marriage and, culturally, girls are deemed eligible as soon as they start menstruating. In this way, child marriage has continued as an unregulated norm and a solution to underage pregnancy and rape – with the Thai government appearing to turn a blind eye.

“Here, if a girl is not married by the time she is 16, it is already felt to be too late and that no one will want to marry her,” said Amal Lateh, who lives in Thailand’s Pattani province and was forced at 15 to marry a relative 10 years her senior.

The legal loophole has also created what Thai children’s rights activist Anchana Heemmina described as the “big business of cross-border marriage” – Malaysian men crossing into southern Thailand to easily engage in underage or polygamous marriages for which getting approval in Malaysia would be impossible or a very lengthy process.

Mohammad Lazim, who runs a business that facilitates cross-border marriages, says he sees over 50 men from Malaysia each year who come to Thailand in search of a second or third wife. He insists that the girls are never underage.

“Business is booming: instead of applying to a sharia court in Malaysia and answering all their difficult questions – a process that takes sometimes a year – the shortcut is to come to Thailand. Here there is no law,” he said.

Heemmina attributes much of the inaction on the Thai side to Bangkok’s sensitivities over self-determination for Islamic communities in the deep south of Thailand, where a civil war has raged for 14 years.

“This issue has never been raised in the Thai parliament,” she said. “The government want to pretend it’s not happening because they don’t want to provoke the communities. They are protecting themselves.”

In Thailand’s southern Pattani province, Amal Lateh, who was forced into marriage at 15, explained that “facilitators” often came to her village on behalf of men looking for a young wife.

“When the facilitators come to the houses, they don’t ask the fathers directly – they will say things like, ‘Do you have any lambs or baby goats you are selling?’” she said.

“Everyone understands what that means: it means they are looking for a virgin to marry. And then an arrangement will be made between the girl’s father and the facilitator. The girl has no say.”

PEDOPHILES can legally marry children, is what the headline should say. SHAME, SHAME ON YOU THAILAND! Greed for bride money knows no boundary. The “fathers” should be charged for selling their daughters into slavery and ALSO with accessory to pedophiles, and the purchasers of child brides should all be charged with pedophilia and slavery.. SHAME ON ALL OF THEM! And don’t try to bring these despicable customs with you when you emigrate. SHAME!

Shame the muslim community of thailamd, not the country as a wholr. The southern provinces have autonomy, which Thailand respects

This is an outrageous situation as it is a dreadful violation of the human rights of children. Basically, Aru has had her childhood taken away from her by Che Abdul Karim who can only be described as a predatory paedophile.. Thai and Malaysian authorities should be cooperating to prevent this from happening. Certainly, Che Abdul Karim and Hashim Yusoff, the imam involved, should face criminal charges.

It disgusting to see men marrying children who are too young to feel, let alone understand sex. What pleasure do these beasts get by violating the innocence of children and robbing them of their childhood? Sickening!

The apathy of Thai people is astoundingly gross and tragic. These people need to wake up and stop being so apathetic about these grave issues, the fact that a large percentage of their GDP is from the sale of human flesh. Disgusting!