Thailand Reported Progress on Illegal Fishing - FreedomUnited.org
This website uses cookies to improve your experience. We'll assume you're ok with this, but you can opt-out if you wish.Accept Read More
Skip to content
Back to Global News 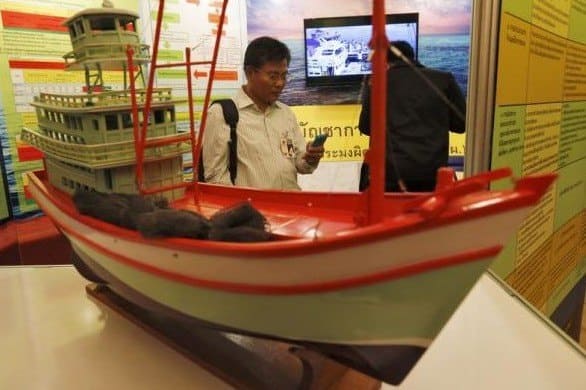 Thailand reported progress on Thursday regarding its efforts to combat illegal fishing practices, an effort to show improvements before EU officials visit next week…

This article explains that Thailand’s efforts are to prepare for the important visit.  Thailand is a huge seafood explorer, the third largest in the world.  The country has been under scrutiny for labor abuses and slavery in supply chains.  And in fact, it faced a ban after the EU gave it a yellow card last April for not cracking down and reporting and regulating it’s fishing industry.  However, Thailand authorities at a recent news conference said the country had now registered most of its ships and has also nabbed groups they think are guilty of human trafficking.

The Vice Admiral deputy chief said that they had completed 70% of their work to make corrections, citing 35 groups and 73 individuals that had been arrested.  Iris Petsa with the Environment, Maritime Affairs and Fisheries responded: “Indeed the delegation is going to Thailand next week and the delegation will have to come back and make an assessment. I cannot give a time-frame on when that decision will be made.”

The value of Thailand’s exports to EU is between 575-730 million euros, and their lucrative industry stands to suffer if improvements aren’t made.

The Thailand Labor Rights Promotions director, Sompong Srakaew encouraged the country to take a more long-term view rather than rushing simply to make a last-ditch effort to look good before the visit: “The government mustn’t take a short-term view just to meet the EU’s targets. Some progress has been made but the law will need to be enforced both in terms of monitoring vessels and also workers in the fishing sector.”

To read the entire article, simply click on the link below.