Thai Farm Sues Activist, Warns of More Defamation Suits - FreedomUnited.org
This website uses cookies to improve your experience. We'll assume you're ok with this, but you can opt-out if you wish.Accept Read More
Skip to content
Back to Global News 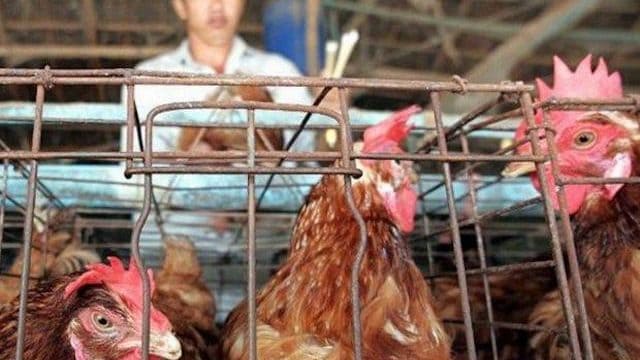 Thai poultry company Thammakaset Co. Ltd is going after a prominent Thai human rights activist and Myanmar migrant worker for speaking out about labor abuses on the company’s farms.

Thammakaset has filed a defamation suit against Sutharee Wannasiri, a human rights consultant and former staff of NGO Fortify Rights, and Mr. Nan Win, a migrant worker from Myanmar who worked on the the poultry farm.

The defamation charges stem from a video posted to Twitter by Fortify Rights and Wannasiri’s comments on the post, as well as Win’s public testimonies about the case.

The complaint relates to three comments Ms. Sutharee Wannasiri made on Twitter on October 4, 2017, about a short video clip related to previous defamation complaints brought by Thammakaset against 14 of its former workers from Myanmar.

In this 107-second video clip, published by Fortify Rights on October 4, 2017, the Burmese migrant workers, including Mr. Nan Win, describe how the company filed criminal defamation complaints against them after the workers reported labour rights violations to the authorities.

Alleged violations included being paid less than the minimum wage, failure to pay overtime wages, and confiscation of their identity documents, including passports. The video clip called on the Thai authorities to drop criminal defamation charges against the 14 Burmese migrant workers and to abolish criminal defamation laws in Thailand.

On October 8, 2018, Thammakaset also filed a criminal defamation complaint against Mr. Nan Win, based on two interviews he provided to Fortify Rights. Mr. Nan Win gave his testimony at a Fortify Rights press conference on human rights defenders in Southeast Asia, which was held on October 6, 2017 at the Foreign Correspondents’ Club of Thailand in Bangkok, and another testimony for Fortify Rights’ short video clip – the same video clip the company used to prosecute Ms. Sutharee Wannasiri.

Separately, Thammakaset has filed a civil defamation suit against Wannasiri, demanding 5,000,000 Thai Baht for alleged damage to the company’s reputation and that she issues a public apology to the company in four local newspapers and on her Twitter account for 30 days.

The Bangkok Criminal Court will hold the preliminary hearings for Wannasiri and Win on December 3, 2018, while Wannasiri’s civil defamation case will begin on December 24, 2018.

Speaking to the AFP, Chanchai Pheamphon, the owner of Thammakaset, warned that this was only the beginning of more defamation suits.

“From now on, you will see that more lawsuits will be filed against a series of so-called human rights defenders in Thailand who to me are actually (rights) violators.”

What are Chanchai Pheamphon’s financial connections to members of the current Thai government?