India: Protect Sex Workers' Right to Reject Rehab - FreedomUnited.org
This website uses cookies to improve your experience. We'll assume you're ok with this, but you can opt-out if you wish.Accept Read More
Skip to content
Back to Global News 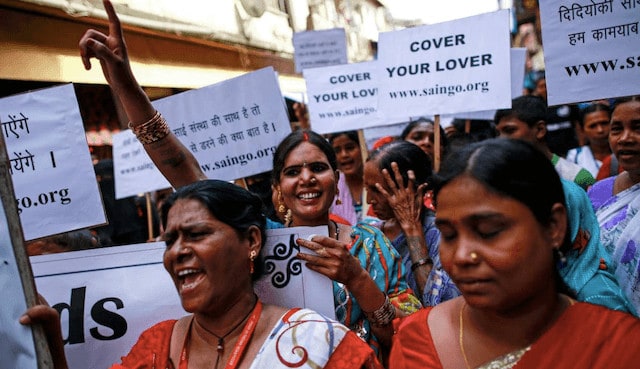 Campaigners in India are fearing that the country’s anti-trafficking bill could end up punishing consenting, adult sex workers by locking them up and incorrectly treating them like trafficking victims.

India’s women’s minister believes the bill will unify existing anti-trafficking laws, support survivors’ needs, and prevent victims from being jailed. However, sex workers’ rights organizations and some women’s rights activists say that the legislation does not differentiate between sex trafficking and consenting sex work, ultimately leading to ‘forced rehab.’

“There is a concern among sex workers’ rights movements about adult consenting sex workers being incarcerated in protection homes,” said Aarti Pai of the India-based National Network of Sex Workers.

Britain’s Guardian newspaper on Saturday quoted former inmates of a shelter in Hyderabad run by anti-trafficking charity Prajwala as saying it was worse than prison and that they were beaten and forced to work unpaid.

“You can’t force rehabilitation on survivors who reject it,” said Devi, a women’s rights activist who goes only by her first name.

“Why can’t a shelter home be an open house – if a person doesn’t want to learn, let her go. They (those in sex work out of choice) are sent as trafficking victims to these homes,” she told the Thomson Reuters Foundation.

Most of the more than 23,000 trafficking victims rescued in 2016 were women and girls, according to government data. Rescued survivors are taken to hostels run by charities or the government.

Prajwala founder Sunitha Krishnan hit back at allegations that the shelter exploited women for their labor, saying “Shelters are required as a transit space for any human being who is grievously traumatised to gain the coping skills to reintegrate into the society.”

The lower house of India’s parliament cleared the anti-trafficking bill in July, and it is expected to be tabled in the upper house next month.