Thai Army General Convicted of Human Trafficking - FreedomUnited.org
This website uses cookies to improve your experience. We'll assume you're ok with this, but you can opt-out if you wish.Accept Read More
Skip to content
Back to Global News 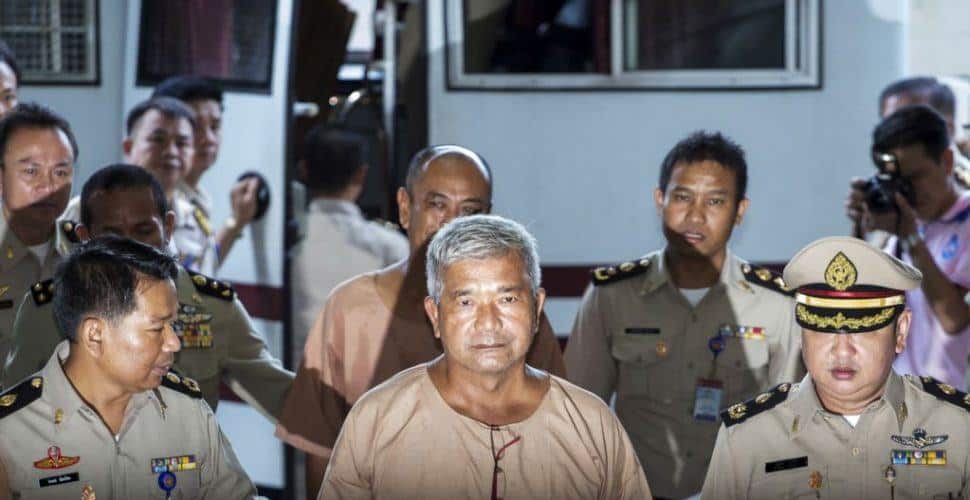 BANGKOK – An army general, Lt. Gen. Manas Kongpaen, was found guilty of human trafficking at a trial on Wednesday. There were more than 100 other defendants who had been accused of the crimes of modern-day slavery and taking bribes.

At least one other defendant considered a kingpin in the illegal trade, Pajjuban Aungkachotephan, was also found guilty. He was a prominent businessman and former politician in the southern province of Satun. The defendants were arrested in 2015 after 36 bodies were discovered in shallow graves in southern Thailand.  According to investigators, smugglers held Rohingya Muslims fleeing persecution in Myanmar for ransom in jungle camps until relatives could pay for their release.

Nearly 50 verdicts were announced by Wednesday afternoon and more were expected. The defendants had pleaded not guilty.

Early on, the news drew special attention, because the lead police investigator, Maj. Gen. Paween Pongsirin, fled to Australia, saying he feared for his life when names of influential people who wanted to silence him were implicated.

The military government says its fight against human trafficking is now a priority.

In 2015, the Thai seafood industry gained international attention after the Associated Press investigation led to the rescue of more than 2,000 slaves.