Mexico and Belize Ponder Treaty to Fight Human Trafficking - FreedomUnited.org
This website uses cookies to improve your experience. We'll assume you're ok with this, but you can opt-out if you wish.Accept Read More
Skip to content
Back to Global News 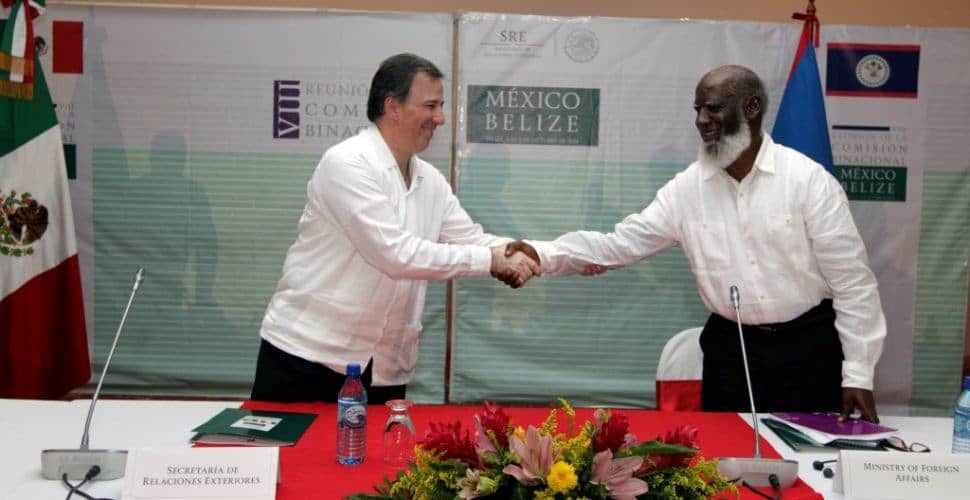 By BBN Staff: Following the rescue of a Belizean teen captured in Chetumal by suspected human traffickers, the governments of Belize and Mexico are considering signing a treaty to improve collaboration on combating human trafficking.

Hugo Juarez Carrillo, who is the Press and Legal Affairs officer for the Mexican Embassy in Belize, announced that the two countries have already started to discuss the details of the treaty, considering the serious consequences the crime poses to both countries. Carrillo said, “Mexico and Belize are working on a treaty that will assure closer judicial collaboration, to have very clear rules, and I hope that quite soon we will have an understanding about these matters.”

He complimented Belizean authorities, including Senator Osmany Salas, for their part in the rescue. Salas had contacted the Mexican embassy, which in turn notified the Mexican ministry of Foreign Affairs on the issue. Later Salas had posted a story on his Facebook, telling how a mother from Orange Walk contacted him about her child running away from home and traveling to Mexico with an unknown female and male escort.

Salas called the Mexican authorities, and they then set up an operation to get the girl back and detained the two traffickers.