Tamil Nadu and Karnataka Bonded Labor Hotspots - FreedomUnited.org
This website uses cookies to improve your experience. We'll assume you're ok with this, but you can opt-out if you wish.Accept Read More
Skip to content
Back to Global News 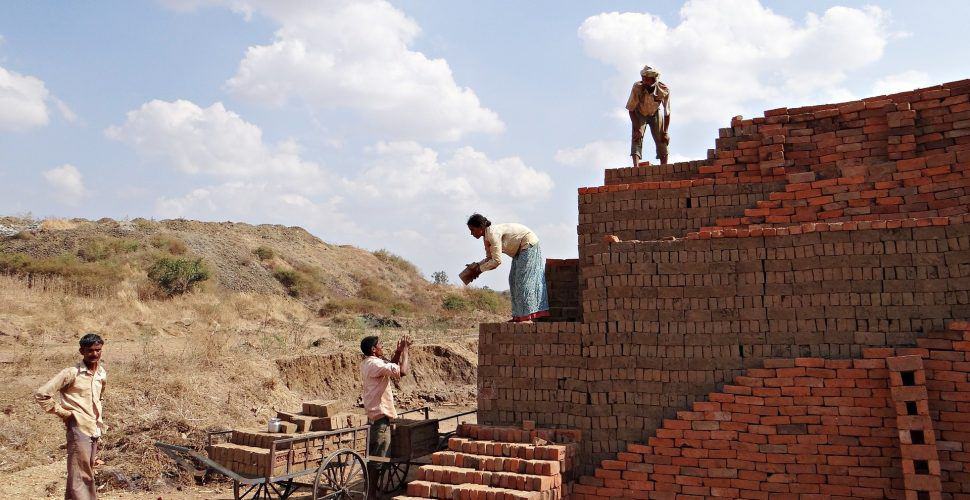 Tamil Nadu and Karnataka are two Indian states that lead in the number of people rescued from bonded labor. NDTV reports that the problem is so severe that the central government of India has said it plans to rescue millions of bonded laborers across the country by 2030.

Venkatesan and Jayamma were recently rescued from a brick kiln, where they were trapped in bonded labor for ten years. Both recounted that in addition to exploitative “loans” they were monitored closely by their employer:

“We aren’t allowed to go home together…whether for a death or wedding we are not allowed to go together….Even to go to a shop – somebody is sent to watch us. At night they come drink and harass the women,” he said.

His wife Jayamma added, ‘They sometimes take the girls and harass them. They pull them…. My back aches, my eyes ache, I can’t get up. If we say anything they beat and punch us…'”

Workers like Venkatesan and Jayamma often end up in debt bondage after taking a loan with the condition that they will work to pay it off — but it’s a debt that is impossible to repay.

Esther Daniel, Director of International Justice Mission, explained that “Some of the workers have taken advance of 10,000 Rs. ten years ago, and they are still working. They are paid as less as you know 500 rupees a week and some of them are paid 250 rupees a week.”

Bonded labor was officially abolished in India in 1970, but cases like this persist, in part because people don’t know the law and convictions are relatively rare.

MK Jagadeesh, Assistant Commissioner of Bengaluru Urban, noted that “There is no conviction happening in bonded labor system. There is a provision for that –  but with more convictions happening and with publicity, then I think we can create that awareness in this society and these things can be avoided.”