How Gendercide Fuels Trafficking of Brides to China - FreedomUnited.org
Skip to content
Back to Global News 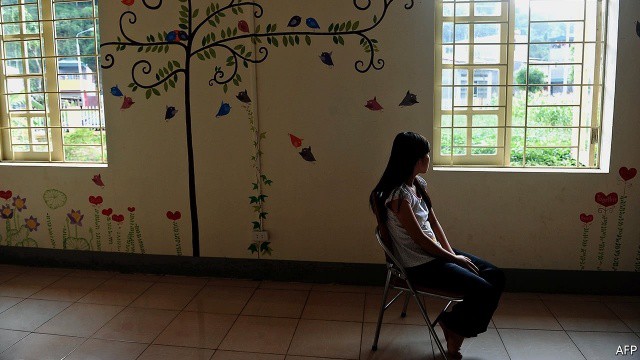 How Gendercide Fuels Trafficking of Brides to China

As a result of gendercide in China, the country is facing a new problem. A severely skewed sex ratio means there are far more men than women — making it harder to find a wife. As the demand for brides increases, traffickers are looking to China’s northern and southern neighbors. The Economist explains:

“In China the trafficking of women is particularly acute, in part because a preference for sons has left the country with a severely skewed sex ratio. Between 1979 and 2015 the imbalance was aggravated by a one-child-per-couple policy, which prompted many to abort females before they were born. The Chinese Academy of Social Sciences has estimated that by 2020 there will be 30m-40m Chinese men who will be unable to find wives in their own country.

One consequence of this is booming business for matchmakers who offer to import women from China’s poorer neighbours, particularly Laos, Myanmar, Cambodia, Vietnam, Mongolia and North Korea. Some of these women, seeking a route out of poverty at home, freely choose a Chinese marriage and gain the necessary approvals. But along China’s borders, kidnapping is rife.”

Huong is one of several Vietnamese women who were trafficked along the border of China and Vietnam from the city of Lao Cai. She recalls that when she was 15 years old she went to a karaoke bar with a friend and a couple acquaintances. But her drink was spiked, and she was hoisted onto a motorbike and trafficked across the border. Her traffickers said if she behaved well they would find her a husband. If not, she would stay stranded in the hills.

Notably, these women trafficked into forced marriages often end up in rural parts of China. Jiang Quanbao of Xi’an Jiaotong University explained that “In rural areas not only is the sex ratio an impediment to finding a bride, so too is the migration of women to the cities in search of work and higher-status males. Impoverished villages sometimes end up with dozens of foreign wives, as word spreads of their availability.”

Many of these women become mothers in China, which complicates their decision to try to leave the country. Yet for Huong, after giving birth her in-laws sent her to work at a factory away from her newborn daughter. After scraping together enough money to travel, she went to the Chinese authorities. After three months of investigating her case, they arrested some of her traffickers and sent her back to Vietnam, leaving her daughter back in China. Still, Huong — who is now finishing highs school — says she “will not regret” leaving her daughter as having a baby would have been a burden on her family in Vietnam.

For the record, China’s one-child policy was an attempt, however misguided, by a then-poor country to deal with the massive looming problem of overpopulation. That problem has not gone away, and is having horrible repercussions the world over. The gendercidal aspect ( a notion that would be rejected by people who think a fetus is not a human being) was collateral damage, not the basic policy.

This problem is their own making, some of us still remember the horrifying scenes of baby girls left to die in the kerbs while people walked passed or mothers killing the girls because they were not deemed a reliable source of income and what did not help was China’s one child ruling at the time.