Iraq Proposal to Legalize Child Marriage Sparks Outrage - FreedomUnited.org
This website uses cookies to improve your experience. We'll assume you're ok with this, but you can opt-out if you wish.Accept Read More
Skip to content
Back to Global News 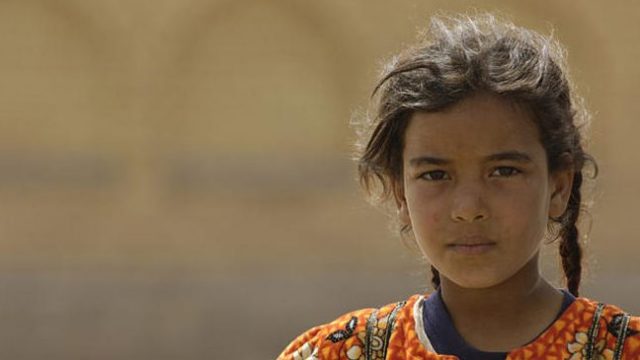 Iraq’s parliament voted “in principle” to approve amendments to the Personal Status Law, meaning girls as young a 9-years-old could marry. Albawaba News reports that currently the legal age for marriage is 18-years-old, though a judge can give permission for those as young as 15.

In response to the proposed changes, protesters marched on the capital. One activist, Jabra al-Taee, described the proposed modification as “the assassination of childhood.”

It is “female infanticide,” she added. “She is just 9 years old – which means she hasn’t lived her childhood, and she won’t get a chance to live her youth, because the law will impose upon her a life she knows nothing about.”

Many Iraqis have taken to Twitter to express their opposition to the new law, with some saying “This is an ISIS law which legitimizes child rape.”

Members of parliament are also opposing the new changes. MP Intisar al-Jabouri from the parliamentary committee on women and children said that “This amendment is a setback for the rights of women and works to dismantle the family and to establish sectarianism even within the family.”

Other MPs believe the amendments would only project the beliefs of ISIS onto society. “[This] will consecrate the laws introduced by ISIS, and violate international human rights laws,” added MP Farah al-Sarraj.

The changes are also controversial because they would apply “Shia Jaafari jurisprudence on all Iraqis for personal status issues, which include marriage, divorce, adoption and inheritance.” While 60% of Iraqi’s are Shia, around 40% are Sunni, making the amendments contentious for religious reasons.

The only people who could possibly want such a law are those wanting sex with children but with the added benefit of having total control over the child by being married to her. So a double whammy for the child.

Sometimes I find it really hard to believe we are living in the 21st century and please, nobody try to defend this as a cultural practice that I don’t understand, as they would be full of it if they did and would deserve treating as pariahs.

The Koran says women must be respected and treated with kindness. To marry a girl of nine is not respect, it is treating her like a possession. She is the possessor of her own body and soul. She should have the right to grow into adulthood and to choose her own life path.

Iraq must join the modern world, not revert to the medieval world of ignorance and male dominance

The Prophet Mohammed is said to have had a wife of 9 years old himself and this ruling is apparently based on that although it is a scandal and a huge setback for the rights of women. A child of nine is not a woman and that is why it is un-natural and answering only to male needs.