Tackling modern slavery in 2020 - FreedomUnited.org
Skip to content
Back to Global News 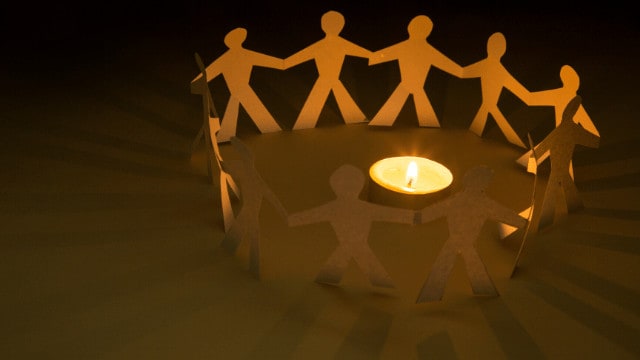 With the new decade starting, we are moving closer and closer to 2030. In 2015, the UN made a formal commitment to ensure a better future by establishing the Sustainable Development Goals, 17 goals created to protect and ensure human rights for all.

As we proactively move to achieve these 17 goals, one key area is still not being fully addressed: Goal 8.7, ending modern slavery.

It has been five years since Goal 8.7 was established, and 40 million people globally are estimated to be enslaved.

Thomson Reuters Foundation asked campaigners, civil servants, and migration and trade experts what their focus will be in 2020 to help end modern slavery and identified five priority areas.

1) Let survivors lead: Survivors of modern slavery are increasingly using their voice to help end modern slavery. Organizations and agencies across the globe must work to make inclusive models that are survivor-centered and led.

“More than 220 survivors have signed up to the Survivor Alliance since its launch in 2018 as an online network that provides a forum, expert contacts, and consulting opportunities.”

2) Secure justice: There needs to be more accountability and government invention to make sure traffickers and slave owners are not getting away with slavery. In many cases, victims do not report their abuse and online trafficking has made it hard to catch traffickers. As we move into this decade, governments need better measures to ensure perpetrators are being brought to justice.

3) Protect migrants: The world is more connected than ever before, but with great movements of people comes a high risk of exploitation. Today, migrants are among those most vulnerable to exploitation and trafficking. We need better protection of migrants and undocumented workers.

“Modern slavery is too often seen mainly as a criminal issue, according to experts who say this diverts focus from cultural factors such as caste, globalization and the rise of informal work, and attitudes towards and policies around migration.”

4) Adjust attitudes: The misrepresentation of modern slavery has led to a lack of public awareness about how slavery manifests itself today. Sensationalized images are not only disempowering but paint an inaccurate picture of how exploitation happens. A person is more likely to be trapped in slavery through psychological coercion and debts rather than physical violence and restraint. We need to show the real faces of modern slavery and how it is present in our backyards.

5) Maintain momentum: As we are moving to 2020, we must continue to mobilize citizens, governments, and organizations to create noise around slavery and bring it to public attention.

“While teenage activist Greta Thunberg – Time Magazine’s Person of the Year – has inspired public action on climate change, people must also be engaged and inspired to consider the human cost of services and products they buy, campaigners say.”

The papal system the root of slavery, ancient and modern. “There is nothing new under the sun” King Solomon.