Suu Kyi: Really a Beacon of Hope? - FreedomUnited.org
This website uses cookies to improve your experience. We'll assume you're ok with this, but you can opt-out if you wish.Accept Read More
Skip to content
Back to Global News 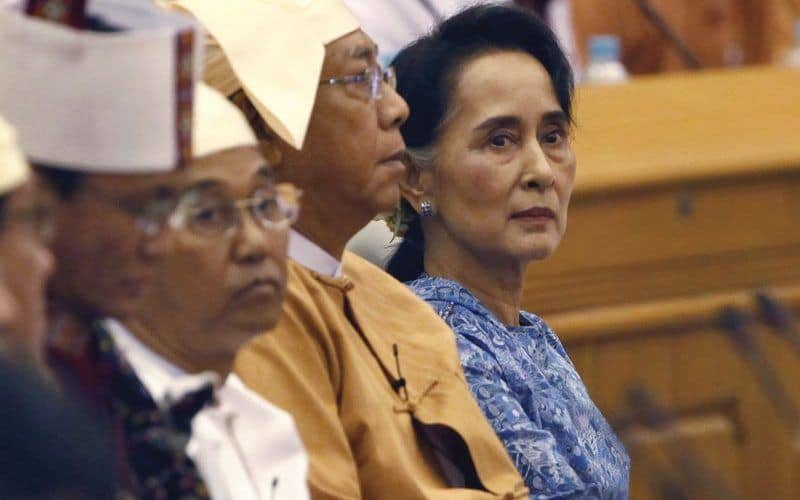 Aung San Suu Kyi has been a most revered political prisoner.  A Nobel Peace Prize laureate, she is known as a bold and determined champion of human rights and democracy in a nation that is military-ruled. She is now the new leader of Myanmar and being criticised for ignoring the conditions of the Rohingya Muslims in her country…

The oppressed Rohingya Muslims need her, but many feel she has failed to stop atrocities against them.  They are ethnic minorities and have a bloody history at the hands of the generals that Suu Kyi replaced.  Some who oppose her call her a  “democratic dictator,” an increasingly aloof one-person show who surrounds herself with close friends and loyalists without nurturing a vitally needed new generation of leaders.

Gone are the days when the elegant hostess would charm visitors over informal teas and reduce hard-bitten reporters to voicing soft-ball questions. Even her supporters find it hard to cite concrete achievements of her government during the 100-day period, which ends this week, except for the freeing of most but not all political prisoners and initial efforts to stop rampant land grabs. However, to the country’s Burman majority, The Lady, as the charismatic 71-year-old Suu Kyi is affectionately known, remains a beacon of hope, one who will eventually surmount an array of troubles that would buckle the best of leaders — from the world’s longest running insurgencies to abysmal health care and China’s rampant exploitation — while somehow breaking the still-powerful grip of the military.

A journalist and teacher, Ye Naing Moe, says, “We should give her 1,000 not 100 days given the legacy of a half century of military oppression.”

Information Minister Pe Myint told the Associated Press that the government’s main achievement to date as progress toward a two-fold “national reconciliation” — between civilians and military, the majority Burman people and the ethnic minorities, which make up about 40 percent of the population.  “I believe we are moving in a positive direction. The main aim is to build a democratic federal union.”

But still she is criticised due to her refusal to act on behalf of the Rohingya Muslims, who were pushed into camps during waves of killings in 2012.  Even today, they attempt to escape on perilous sea vessels from Myanmar, the country that refuses them citizenship even though they have proof of centuries-long residence.

Mark Farmaner, director of Burma Campaign UK, said his group has received more reports of atrocities by the military in Kachin and Shan states in recent months than similar periods last year under the military-dominated government.

The U.N. High Commissioner for Human Rights has said that Suu Kyi “has the responsibility and opportunity to halt these violations”.  He is calling for an end to “discriminatory policies and practices by repealing discriminatory laws.”

An editorial in the New York Times read, “a woman whose name has been synonymous with human rights for a generation has continued an utterly unacceptable policy of the military rulers she succeeded.”