Susan Coppedge Fights Modern Slavery - FreedomUnited.org
This website uses cookies to improve your experience. We'll assume you're ok with this, but you can opt-out if you wish.Accept Read More
Skip to content
Back to Global News 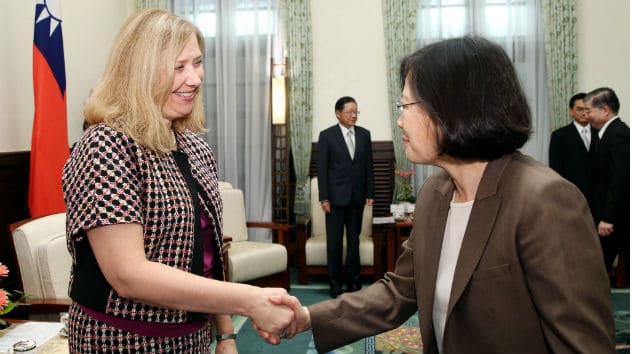 Susan Coppedge has recently been appointed to a new position in the U.S. State Department: Ambassador-at-Large to Monitor and Combat Trafficking in Persons. She is also serving as Senior Adviser to Secretary of State John Kerry, heading a worldwide effort to fight against the crime of modern slavery.

The Office to Monitor and Combat Trafficking in Persons was established by the Trafficking Victims Protection Act of 2000 and is designed to partner with foreign governments, international organizations, civil societies and the private sector to develop and implement effective solutions in the war against human trafficking.Its core philosophy is the “3P” paradigm — prosecuting traffickers, protecting victims and preventing trafficking. The office currently has 20 open projects in East Asia and the Pacific, and a 10 million-dollar budget is evenly dispersed to each portion of the paradigm.

Susan Coppedge is responsible for the U.S. State Department’s Trafficking-in-Persons Report.  It is the most comprehensive resource available regarding anti-trafficking initiatives and covers 188 countries and territories. If countries don’t meet the report’s minimal requirements, they may have sanctions imposed.

Modern slavery includes sex trafficking, child trafficking, forced labor, bonded labor, domestic servitude, and use of child soldiers.  It is the fastest-growing crime on the globe. The number of trafficked children is rising, more than doubling to 28 percent of all trafficking victims in 2014, from 13 percent in 2004. In West Africa, traffickers pose as teachers and enslave optimistic students to become beggars, exploiting innocence and educational vulnerabilities to make a profit.

Last year, the Associated Press won the 2016 Pulitzer Prize for Public Service when they investigate and reported a labor abuses tied to the supply of U.S. supermarkets and restaurants. That work inspired international reforms, freed 2,000 slaves and brought justice to traffickers. A Harvard University study focused on an Indian nonprofit organization that develops community empowerment models; after four years, the study showed a decline in the region’s modern slavery practices.

The International Labour Organization (ILO) can only estimate that human trafficking generates $150 billion annually. Compare that to the North American sports industry that generated about $60 billion in 2014.