Super-Complaint Accuses Police of Fuelling Victims' Trauma - FreedomUnited.org
This website uses cookies to improve your experience. We'll assume you're ok with this, but you can opt-out if you wish.Accept Read More
Skip to content
Back to Global News 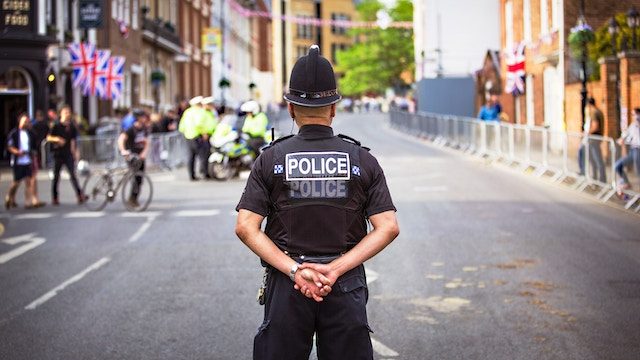 The first “super-complaint” on modern slavery submitted to the HM Inspectorate of Constabulary and Fire & Rescue Services is alleging that police categorically failed to help victims by failing to report cases to the Home Office.

The complaint, filed by charity Hestia, adds that the police are not handling cases with sensitivity, thus discouraging victims from coming forward to support investigations into their traffickers.

“In our experience, victims of modern slavery who have a negative experience with the police are too afraid to complain about it for a number of reasons – fear of the authorities, worrying that the outcome of their conclusive grounds decision might be affected, or simply because they don’t believe they deserve any better,” said Ella Read, area manager for Hestia’s modern slavery response team.

“The super complaint is allowing us to bring to light a systemic issue in the way that many frontline officers with insufficient experience and training in working with victims of modern slavery respond to these victims.”

It is the third super-complaint to be issued to the national body since the system, which covers police forces in England and Wales, was launched in November.

A report into the response of police forces to modern slavery across England and Wales by Hestia found that there is a huge variance in the response of officers to victims, fuelled by a lack of understanding of the crime and underpinned by chronic shortages of professional training.

The charity says that although the government has poured millions of pounds into anti-slavery strategies, the majority of police officers still receive minimal training and do not have the skills or the experience to sensitively manage interviews with victims.

As well as hindering prosecutions, badly managed interviews can also compound and fuel the trauma of victims who have often experienced sustained and significant abuse and exploitation at the hands of their traffickers.

Hestia’s report noted that victims of human trafficking were not believed by the authorities, who seemed more concerned about immigration offenses instead of their abuse. Furthermore, police sometimes failed to tell victims that they were dropping criminal investigations into their traffickers.

Law firm Duncan Lewis, which represents victims of trafficking across the UK, says it is a common problem faced by victims of modern slavery.

“In almost all of these cases, the police completely ignore any trafficking indicators and focus on them instead as immigration absconders,” said Karen Staunton, a caseworker at Duncan Lewis.

“In one instance, one of our clients self-reported to a police station saying that he had been trafficked to the UK and forced to work. He was not referred into the national referral mechanism, which identifies and provides support to potential victims of slavery, but was instead referred to immigration enforcement, and shipped off to detention the next day.”