Strong resistance against policy to deport unhoused people - FreedomUnited.org
This website uses cookies to improve your experience. We'll assume you're ok with this, but you can opt-out if you wish.Accept Read More
Skip to content
Back to Global News 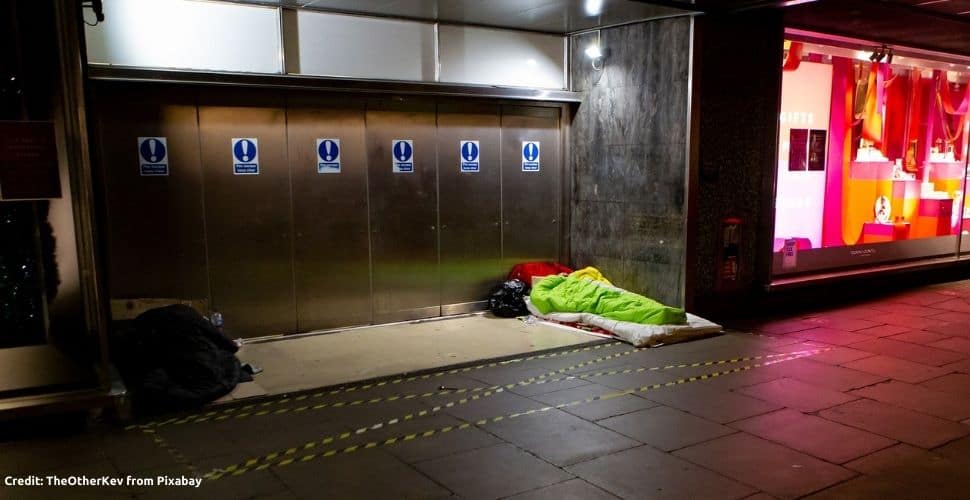 A controversial policy from the U.K.’s interior ministry to deport people from abroad who are sleeping rough has been met with substantial resistance this week.

Over 100 charities and councils have united under the ‘Support don’t Deport’ campaign, firmly stating that they intend to boycott the policy that will put already vulnerable groups, including modern slavery survivors, in situations of greater precarity and push them further “into the fringes of society.”

The new policy to deport unhoused migrants came into effect in January this year, officially making sleeping rough sufficient grounds to revoke a non-British national’s right to remain in the country.

A similar policy pursued by the Home Office in which charities worked with authorities to identify rough sleepers from the E.U. in order to remove them from the U.K. had previously been ruled unlawful by a high court in 2017.

Councillor Tom Renhard, cabinet member for housing delivery and homes at Bristol City Council, which has also signed up to the campaign, said he was “concerned” about the impact the Home Office’s new rules could have on vulnerable people.

“Committing to the Support don’t Deport campaign shows that we do not want anyone experiencing homelessness to be put off from seeking the help they need from the services provided by the council and our partners as a result of these rules,” he said.

Jon Sparkes, chief executive of Crisis, who has also signed up to the campaign, said the new rules would “only serve to push people further away from support and leave them at greater risk of exploitation”.

The policy is also being fought by the Public Interest Law Centre who is launching a legal challenge against the rule.

While welcoming the ‘Support don’t Deport’ campaign, the center’s research and communications coordinator, Benjamin Morgan, urges councils to take further action to ensure all migrants’ rights are protected and that vulnerable groups, such as modern slavery survivors, have access to the support they need.

“It’s encouraging to see councils and charities taking a public stand on this issue. However, given the hostile climate created by government policy, they need to be doing more to assert everyone’s basic right to shelter and a decent standard of living – regardless of immigration status […] If the pledge to ‘support not deport’ is to be meaningful, councils must commit to offering all rough sleepers appropriate, rights-based support at a local level.”

Freedom United is alarmed at the range of draconian, revictimizing policies being pursued by the Home Office which prioritize controlling immigration numbers above providing support to survivors of trafficking and modern slavery.

The Freedom United community is urgently calling on the U.K. to ensure all survivors are provided with guaranteed specialist statutory support. Join the campaign today.