Startup Fighting Forced Labor Through Microbes - FreedomUnited.org
This website uses cookies to improve your experience. We'll assume you're ok with this, but you can opt-out if you wish.Accept Read More
Skip to content
Back to Global News 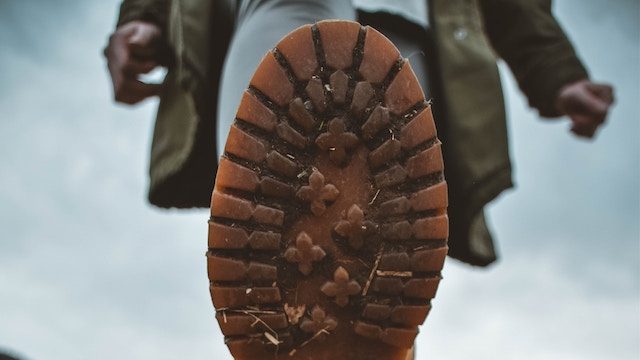 Ninety-eight percent of shoes bought in the United States are made abroad. That means that as shoes are assembled at each step of the supply chain they pick up a trace — a microbiome — of where they have been.

For one startup, this combination of bacteria, fungi, viruses, and other microorganisms undetectable to the human eye may be the key to transparent supply chains.

Global brands continue to struggle with identifying forced labor in their supply chains, in part because the factories they contract abroad often use subcontractors notorious for relying on forced and child labor.

These often-hidden layers in supply chains make it very difficult to detect exactly where and how a product originates.

[But] what if this unique microbial “barcode” found on every product could help brands thoroughly trace and verify its place of origin?

That is foundational question the San Francisco-based startup Phylagen is trying to answer. The name Phylogen is a play on “phylogeny,” a word that denotes the evolutionary relationships between species and organisms. Gathering insights around the most specific layers of those relationships is Phylagen’s mission.

“The Earth’s microbiomes are the world’s largest untapped data set,” says Green, who spent her academic career analyzing the unique combinations of microorganisms that collect in every environment, from oceans to buildings, on the planet.

“We could solve problems on the ground at a massive scale if we could translate the global microbiomes into a digital database that could be used by brands and governments and consumers,” she says.

Needless to say, collecting and digitally cataloging the genome of microbial dust in factories around the world is a huge undertaking.

Phylagen says it works with a channel partner (a company that liaises between brands and manufacturers) that already has a presence in global factories. These trained reps then take dust samples from various surfaces and ship them back to Phylagen.

Currently, the company offers a microbial forensics test to its clients, meaning it claims to detect whether or not an item was actually manufactured in the place by the supplier that the brand paid.

Brands have clearly taken notice, and Phylagen has raised in Series A funding from Cultivian Sandbox, Breakout Ventures, and Working Capital.

Green says she plans to work closely with NGOs fighting forced labor, noting that “The goal [of Phylagen] is to reduce the amount of unauthorized subcontracting, because that is highly correlated with environments where forced labor happens.”

It seems this effort to track with bio markers could be squashed by the application of chemicals to destroy this evidence, or even by contamination with a phony bio marker to hide the true source. This technology is sufficient until those violating labor laws figure out they need to cover their tracks better.