SOLD-a Movie about Child Sex Trafficking - FreedomUnited.org
This website uses cookies to improve your experience. We'll assume you're ok with this, but you can opt-out if you wish.Accept Read More
Skip to content
Back to Global News 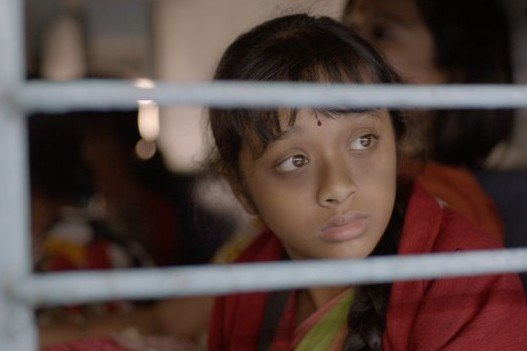 The movie is based on Patricia McCormick’s best selling book with the same title. It follows the story of a 13-year-old girl from Nepal who was told that she is going to Kolkata to work as a domestic servant.  She was pleased to go so she could help her impoverished family put a roof on their house.  When she arrived at her destination, she learned that she’d been sold to a brothel where she would be working to pay off her father’s debt.

Part of what makes human trafficking so challenging to combat is the fact that it’s perpetrated behind closed doors. Authorities struggle to identify the criminals and the general public is left in the dark about a devastating issue they might otherwise more actively protest. …Lakshmi’s story is representative of how human trafficking incidents often take hold.

Traffickers target the most vulnerablem and the producers hope that viewers will become more aware of the huge worldwide crime.

Globally, millions of people are entrapped in modern-day slavery.

The issue is of particular concern in Nepal where about 7,000 to 15,000 girls and young women are trafficked each year into Indian brothels, Gordon Brown, former U.K. Prime Minister, wrote in a HuffPost blog post last year. Experts feared that those already-concerning figures would spike last year after the Nepal earthquake, which left 950,000 children living in tents.

Traffickers were slated to make $570 off each child they supplied.

Many are hoping that people will not only learn more by watching the movie, but they will also be moved to take action.

Several nonprofits have partnered with SOLD–ECPAT, Save the Children, World Vision and United Way.  The movie aims at supporting a number of initiatives like Hope House and other safe homes, as well as programs that promote healing.

The director, Jeffrey Brown said, “I really wanted to do something with the film where real children could be affected and helped.”