Regional Declaration Wants Help for Asylum Seekers - FreedomUnited.org
This website uses cookies to improve your experience. We'll assume you're ok with this, but you can opt-out if you wish.Accept Read More
Skip to content
Back to Global News 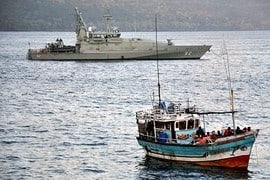 A regional declaration was just signed by Australia committing to tackle the issue of people smuggling.  It includes a recommendation that nations find alternatives to detaining those who are vulnerable and seeking asylum…

Although it is not binding, it was signed at a meeting in Bali that was co-chaired by Indonesia and Australia, and it encourages member countries to allow those seeking protection and refuge to stay for a longer time in transit nations. 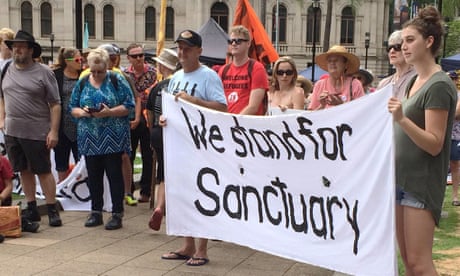 In the photo above, thousands rally to end offshore detention of those who are seeking asylum.
This is the first signed agreement of its kind.  It read that member nations are concerned by the tragic loss of life at sea, and by the abuse and exploitation of migrants and refugees at the hands of people smugglers and human traffickers.

It also stated “the decline in irregular movement of persons” in the region, including in the Andaman Sea and the Indian Ocean in the second half of 2015. It said this was “attributable to the resolute actions by affected countries to disrupt smuggling networks, among other factors”. The foreign minister, Julie Bishop, said the agreement was ambitious and would strengthen regional cooperation and determination to combat irregular migration, people smuggling and human trafficking.

She also said that Australia’s role played a significant part in facilitating the priorities. “Three areas of focus were determined: expanding safe and legal migration pathways; returns and reintegration; and cross-border operations to tackle criminal syndicates.”

The agreement asks members to “explore potential temporary protection and local-stay arrangements for asylum seekers and refugees, subject to domestic laws and policies of member states. We acknowledge the need for adequate access to irregular migrants wherever they are, by humanitarian providers, especially the UNHCR and the IOM, as appropriate. We encourage member states to explore alternatives to detention for vulnerable groups.”

This regional declaration may not be binding, but it is an improvement over previous meetings when co-chairs simply made statements that summarized the proceedings.