NOT FOR SALE Japan Leader Warns of Dangers - FreedomUnited.org
Skip to content
Back to Global News 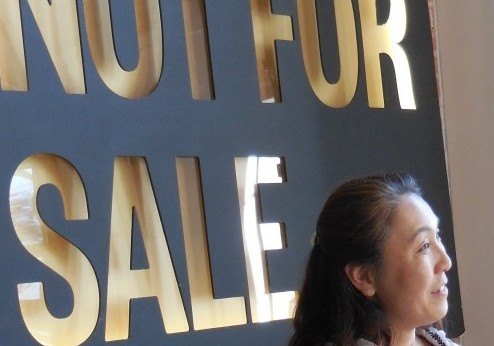 NOT FOR SALE Japan Leader Warns of Dangers

The Not for Sale Japan leader says, “Many don’t notice that it’s around.”  Even when it’s right in your neighborhood, it seems invisible…

This report tells about Not For Sale’s Nozomi Kuriyama stopping by the Invention Hub in San Francisco a couple weeks ago to talk about the dangers that come from people not being informed about human trafficking. She said that human trafficking seems invisible sometimes.  Bringing along rice crackers as a gift, she talked about two main types of trafficking in Japan: exploitation of migrant workers and exploitation of young Japanese schoolgirls.

She explained government fund training camps for Japanese companies that force many migrant workers to terrible working and living conditions. “With high rent and recruitment fees,” says Nozomi, “many crumble under crushing debt with no way of escape. Especially with the construction plans for the 2020 Olympic Games in Tokyo, the risk of exploitation of construction labor is very high.” Nozomi along with NFS Japan director Mariko Yamaoka partnered with UN program Convention on the Elimination of all Forms of Discrimination Against Women (CEDAW) and Japan Against Trafficking in Persons (JNATIP), to translate reports and appeal towards the Japanese government and corporations. JNATIP devotes most of their efforts on immigrant workers.

The other form of trafficking has to do with the the exploitation of Japanese schoolgirls. “Young girls are often troubled and unaware,” shares Nozomi. “These high schoolers are lured by the promise of a nice part-time job, where it’s only to have dinner or some snacks and go for a walk, but of course, it doesn’t turn out to be about that.”

Nozomi and the NFS Japan team are now touring educational facilities, universities and high schools, teaching young girls to be aware of the dangers and to clearly see the realities.

In 2015, NFS Japan helped create a Japanse comic book–“Waiting for Sunrise.” It was illustrated by famous Japanese artist Michiyo Akaishi. This book reaches out to younger groups and will hopefully keep them from being caught in the human trafficking trap.  Funds for it are coming from a Kickstarter Campaign, and will allow another 5,000 copies to be created and distributed.

To read this in its entirety, click on the link below.

View Article on Not For Sale: End Human Trafficking and Slavery