Natural disasters and Vulnerable Children - FreedomUnited.org
Skip to content
Back to Global News 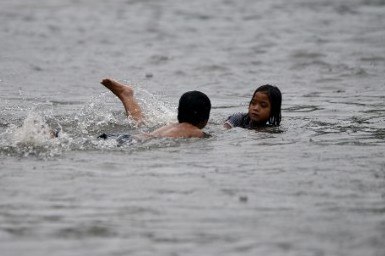 Natural disasters make the work of human traffickers easy.  They can easily exploit people–adults and children–in the midst of the chaos…

This article reminds readers of the 7.8 magnitude earthquake in Nepal that killed 8,000+ people a year ago.  Much of that country was a disaster area, and within three weeks, the country was hit again with a 7.3 magnitude quake.

Consider the widespread panic that newscasts showed the world after the 2004 tsunami in southern Asia, the 2010 earthquake in Haiti, the 2011 drought in Horn of Africa, the 2013 typhoon in the Philippines, and many other natural disasters besides.

Why in such incidences are children so vulnerable to trafficking?  What can be done to stop it?

UNICEF defines child trafficking as “the act of recruitment, transportation, transfer, harboring or receipt of a child for the purpose of exploitation either within or outside a country”. The exploitation of trafficked children can take many forms — forced prostitution, labor, marriage, militia, domestic servitude and more — but nearly always means dirty and dangerous work for little or no pay, often involving sexual abuse and enforcement through threat and violence. According to the U.N. Office on Drugs and Crime (UNODC), the most common form of human trafficking (79%) is trafficking of women and girls for sexual exploitation.

The reason that statistics in these cases are so unreliable is that the only ones who can be identified and rescued are the survivors.  Another factor for poor statistics is that in developing countries birth records are inconsistent, making it especially hard to track missing children.

When life is in total chaos, people are much more vulnerable to promises from agents who assure them of a better life.  It is risky business.

Families are often enticed by the offer of well-paid work for their child in another region or country. They may even be given an advance against the child’s anticipated earnings, and trafficked children hope to improve their lives and send money back to their families. But when they arrive at their destination, they find that the situation is very different. In most poor societies, it’s the girls who are more readily taken out of school (or never sent in the first place). Parents may believe that education is wasted on a girl whose destiny is to marry and leave home.

This horror is detailed in a book and movie, Sold. Sometimes these agents–traffickers–are women and they may pose as religious leaders or rescue workers or government reps. Trafficking is often a well-organized transnational crime effort.