Interview, ISIS and Sex Victims - FreedomUnited.org
This website uses cookies to improve your experience. We'll assume you're ok with this, but you can opt-out if you wish.Accept Read More
Skip to content
Back to Global News 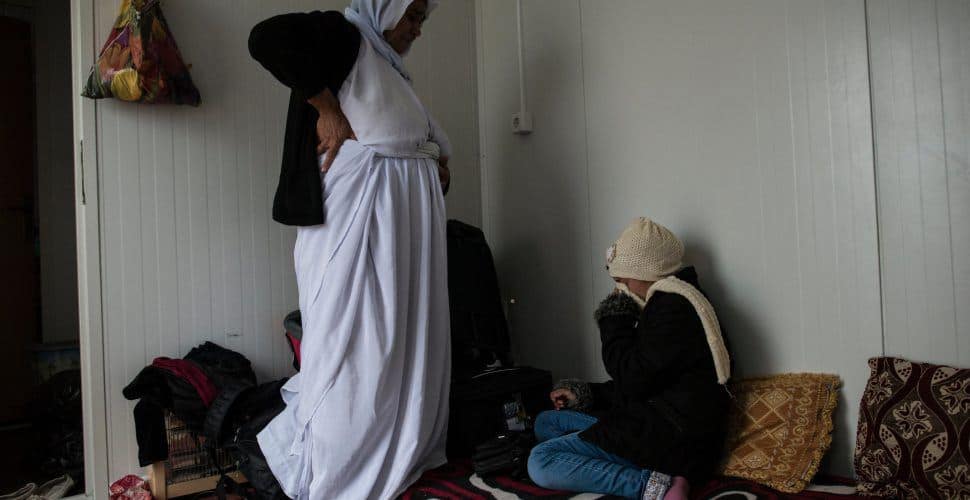 Interview.  A Times reporter Rukmini Callimachi, has written extensively about the Islamic State and its use of birth control to assure that its industry of rape can continue…

She and two other Times reporters, Matthew Barber and Liam Stack, invited questions during a live discussion on nytimes.com.  Mr. Stack spent years covering news about the Middle East.  Mr. Barber is a doctoral student from the University of Chicago.

They took such questions as:  What do the fighters’ wives think of these slaves?  How do fighters with the Islamic State access the birth control pills they provide to their sex slaves?  There were nearly 150 questions posed during the discussion.

Below is a sampling of the questions and answers from the interview, which the Times article condensed and edited:

Q. The thing that really hit home for me was the mother of a Daesh fighter helping with obtaining birth control. Is it rare for fighters to be working with their family? BOBBY ELLIS

RUKMINI CALLIMACHI A majority of the aggressors, according to the interviews I did, were Syrians and Iraqis. And these fighters are living with their families. A lot of the Yazidi girls told me that one of the added abuses was the way they were treated by the wives of the fighters. One middle-aged Yazidi woman described to me how the wife of the man who had enslaved her would not so much as let her take a glass of water out of the fridge. She always had to ask permission, even to drink water. An added layer of complication was that many of the wives, who had presumably married the fighter willingly, were seething at his sexual relationship with the slave — they were essentially jealous. And they punished the Yazidi slaves in whatever way they could.

MATTHEW BARBER I know of one jihadist who brought home a Yazidi girl, and his family (including his mother) was upset because they saw Yazidis as something “dirty” that would defile the home. They went through a process not only to force that Yazidi girl to convert to Islam, but to take her to an ISIS sharia court to make the conversion official.

Q. It seems to me that the risk of being subject to rape and/or slavery should constitute a strong argument to support offering shelter in the U.S. to women from the areas infested by ISIS. Is something being done in this direction? ALEX

LIAM STACK The U.S. has taken in a very limited number of refugees and asylum seekers from areas affected by the Islamic State, regardless of their ethnic or religious background or whatever trauma they may have experienced during the conflict.

To read the entire article and interview, click on the link below.