Kenyan Internally Displaced Persons - FreedomUnited.org
This website uses cookies to improve your experience. We'll assume you're ok with this, but you can opt-out if you wish.Accept Read More
Skip to content
Back to Global News 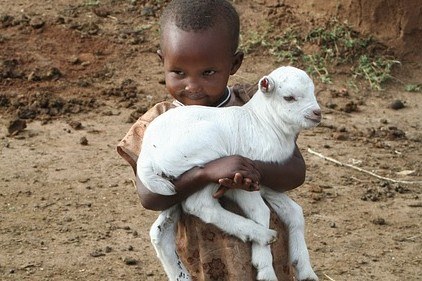 Kenyan internally displaced persons (IDP) were surveyed recently, and it was learned that 25% had been victims of human trafficking.  Most were coerced to the Middle East and exploited…

HAART, a Kenyan charity that supports victims both psychological and financially, said in a study. , explained, “As traffickers tend to look for people who are desperate and with an uncertain future, they often target IDP communities. They give false promises such as non-existent opportunities for jobs or education.”

One of those interviewed said, “We have a group of people who were taken to Saudi Arabia under the false pretext that they were going to be employed. Some were being sexually harassed; for others, the jobs that they were made to do were not what they expected.”

Traffickers posed as job agents in 88 percent of cases, researchers found, and two-thirds of their victims were women. Sexual exploitation was the second most common result of the trafficking, affecting 25 percent of those trafficked. HAART surveyed 309 IDPs in 13 places across Kenya. Researchers found that half those displaced by the post-election violence had experienced or witnessed trafficking, in striking contrast with people displaced for environmental reasons, such as evicted forest squatters – none of whom had been approached by traffickers.

The worse displacement crisis hit Kenya in 2007 after a presidential poll was disputed thus causing much violence.  There were 600,000 who tried to flea to safety but lost the houses, their possessions, and their loved ones.

“You have nowhere to go,” said HAART’s executive director, Radoslaw Malinowski.  “If someone gives you a golden opportunity, you are happy to take it.”

There are still 250,000 displaced persons in Kenya, according to a United Nations estimate.

To read the entire article about Kenyan internally displaced persons, click on the link below.