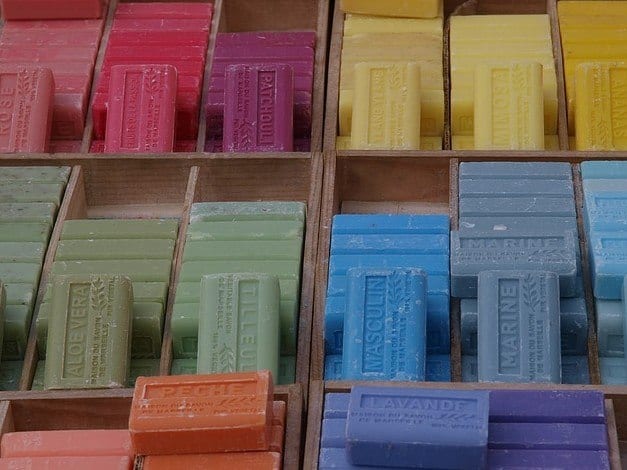 Soap bars are encouraging more calls to be made to the national trafficking hotline these days according to this article. Polaris, an anti-trafficking advocacy group that monitors the human trafficking hotline, both texts and phone calls, says their calls are up 24%…

In 2015, 1,600 survivors reached out asking for help.  The phone center takes calls not only from victims but from family, friends, and concerned citizens who suspect human trafficking.  Bradley Myles is the CEO of Polars:  “From the domestic servant forced to work for little pay who required emergency shelter to the young girl made to sell sex online against her will who texted us for crisis support, survivors of human trafficking are reaching out to the national hotline more than ever.”  Polaris’ report explains that this is a crime that is hard to quantity.   There are discrepancies between the the estimate of victims and the actual confirmed cases.  This has sparked a debate about whether or not the problem is being exaggerated. Then there is the fact that internet crime shields pimps and makes prosecution harder…as well as hides victims and buyers.   That’s why its so important for the victims to be able to make a call or send a text seeking help.

In 2015, the National Human Trafficking Resource Center (NHTRC) received 21,947 calls, 1,535 online requests, 1,275 emails,and 1,472 SMS messages on its BeFree Textline, operated by Polaris. Human trafficking took place in all 50 states. The top venue for sex trafficking was commercial front brothels, and the top industry for labor trafficking was domestic work. In total, 25,696 trafficking cases have been reported through the NHTRC since December 2007.

Many efforts have been made to get the hotline number out there for folks to see.  Theresa Flores is a sex trafficking survivor who came up with the idea of putting bars of soap in motels and strip clubs that say on the wrapper: “Are you being forced to do anything you do not want to do?” And the hotline number follows that message.  Flores had no idea where to turn during the two years when she was entrapped in sex slavery.  “They didn’t even have the word trafficking. Whenever I got up the nerve to do something, I hit a brick wall.”  Because of her experiences, she came up with the idea of the soap bars.