Nuns Fight Human Trafficking - FreedomUnited.org
This website uses cookies to improve your experience. We'll assume you're ok with this, but you can opt-out if you wish.Accept Read More
Skip to content
Back to Global News 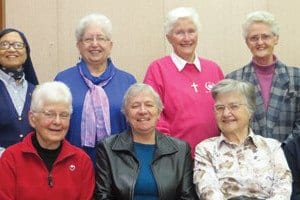 Nuns fight human trafficking in California. They have stepped up efforts during the Super Bowl, but they actually work throughout the entire year…

San Francisco is a primary hub, with 291 survivors in just the second half of 2014.  The group refers to itself as the Northern California Coalition of Catholic Sisters Against Human Trafficking.  Their main focus is on hotels which are relatively private and temporary venues. the Sisters have dropped off flyers and posters at 300 hotels advising that anyone suspecting a victim should make a report.  Sr. Therese Randolph said, “The hospitality industry here has grown in its willingness to monitor activity that might point to the abuse of children and adults through trafficking.” The nuns talk to hotel personnel, security, and housekeeping to let them know the warning signs, such as submissive or fearful behavior, avoidance of eye contact, poor physical health, and having few or no material possessions.

According to this article the nuns’ campaign is part of an ongoing, long-term attempt to address human trafficking, which Sr. Therese referred to as modern day slavery.