Slavery's Shadow in Mauritania - FreedomUnited.org
This website uses cookies to improve your experience. We'll assume you're ok with this, but you can opt-out if you wish.Accept Read More
Skip to content
Back to Global News 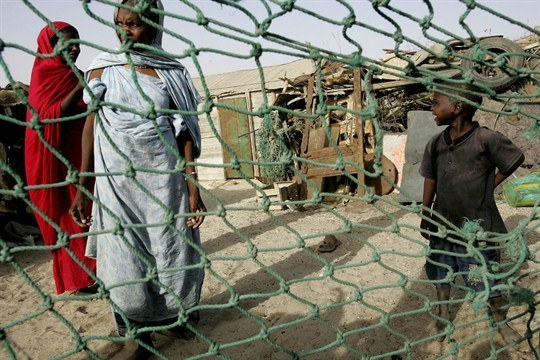 Although Mauritania officially abolished slavery in 1981, for Maatalla Mboirick, he has lived most of his life under his “master.” While he has since escaped and began to rebuild his life, his experience reflects the deep hierarchy in society that perpetuated his abuse for so long.

A member of the Haratine class — the term generally refers to Mauritanians who are descendants of enslaved people or who are enslaved themselves — as a child Mboirick was considered to be the property of his master, as were his mother and his siblings. They all worked around the clock without pay in the border region where Mauritania meets Western Sahara and Algeria.

Mboirick did housework and spent days in the sand dunes, keeping an eye on herds of camels. “We were isolated, we lived alone, we didn’t study [and] we did all the work,” says Mboirick, who is now in his 30s. “So it was clear that we weren’t like the others.”

It was only one day when a lost group of gendarmes — military police — got lost and came across Mboirick to ask for help to get to a military base that he escaped. Mboirick said he couldn’t show them the way because his master would punish him for leaving. Perplexed to hear that Mboirick had a master, the gendarmes waited until the slave owner to return who, upon realizing that we would get in trouble if he admitted to owning slaves, lied to the police and allowed Mboirick to leave.

It’s important to note that the type of slavery Mboirick was in bears little in common with what most Americans picture in pre-civil war days. The “Mauritanian system is in many ways a product of what’s referred to locally as ‘extreme dependence,’ in which enslaved people and their families, deprived of education and paid work, maintain ties to their masters in order to survive.” Most enslaved people are from the Haratine class, or the Black Moors, who represent the lowest social class in the country.

In 2015 the government made slavery a crime against humanity punishable up to 20 years in prison. Yet so far only three convictions have been made in a country where thousands live in slavery like Mboirick. The government’s stance is that “there is no slavery in Mauritania.” “It’s a thing of the past.”