Slavery and Environment Links-Book - FreedomUnited.org
This website uses cookies to improve your experience. We'll assume you're ok with this, but you can opt-out if you wish.Accept Read More
Skip to content
Back to Global News 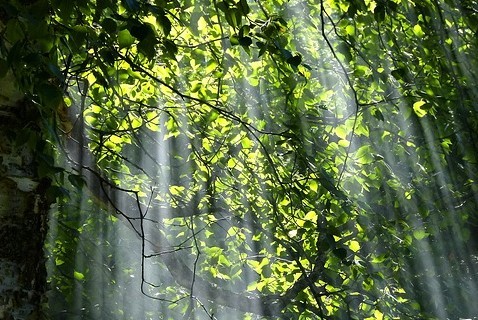 Slavery and environmental destruction are linked.  A recent book says that’s a complicated yet encouraging combination that could lead to eradication of those issues globally…

Kevin Bales is the author of Blood and Earth: Modern Slavery, Ecocide and the Secret to Saving the World.  He is hopeful that enforcing and funding universal anti-slavery laws will lead inevitably to protection of the environment.  Bales told Thomson Reuters Foundations, “These two problems, this ancient and terrible problem of slavery and this newer concern that we have about climate change, are actually so tightly linked together that the solutions are fitting both of them.”

Simply put, many slaves are used to level the world’s forests and that type of deforestation is happening fast, increasing the levels of carbon dioxide in the atmosphere.  Thus, enforcing anti-slavery laws will bring down the carbon dioxide emissions that cause global warming.  “If you put the resources into just ending the slavery, one of the things that would happen would be illegal deforestation would come to an end.”

He continues to explain that when environments are destroyed, so are local jobs. Combating slavery will leave people less vulnerable to traffickers.  Walk Free is an Australia-based foundation that publishes the Global Slavery Index.  They estimate that 36 million people global are living in slavery.

Bales believes that since slavery and destruction of the environment is linked, that is cause for hope. He is co-founder of Free the Slaves. He is also the author of several books on modern slavery.  “Everybody’s against slavery,” he said. “All we have to do is enforce existing laws against something everyone agrees is pretty horrific, so to me that seems like a pretty good thing.”

He has another thought: freed slaves might be hired to plant trees.  To read the entire article, click on the link below.