Slave Trade Booming, Earns $150B Annually - FreedomUnited.org
This website uses cookies to improve your experience. We'll assume you're ok with this, but you can opt-out if you wish.Accept Read More
Skip to content
Back to Global News 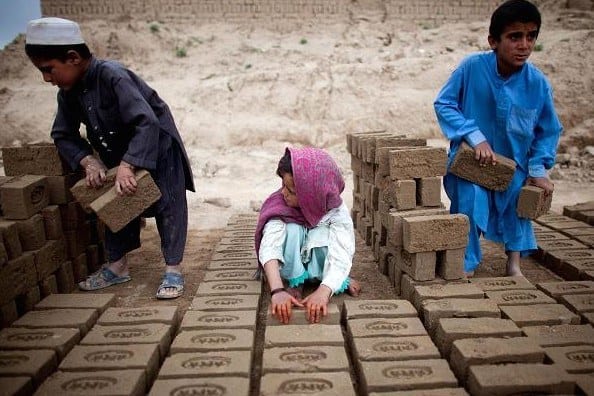 The slave trade atrocity is the fastest-growing crime in the world.  Many hope that a new law which was signed last week by President Obama will make a difference…

The crime is raging around the globe.  Sea slaves who trawl for fish used in canned pet food are captive on fishing boats in Thailand.  Children, sometimes only five-years-old, are forced to work work knee-deep in water to make bricks in Pakistan.  Poisonous dust and toxic chemicals threaten the health of children working in gold mines in Ghana.

Some think that slavery was eradicated during the 19th century, but in reality, today it is a booming illegal business that earns $150 billion in illegal profits annually.  The ILO estimates that 21 million people globally are entrapped in slavery–and 5 million are children.

U.S. Senator Ben Cardin said at a hearing last week that “Trafficking in persons … is one of the largest income sources for international criminals, second only to drug trafficking.”

Over the past 16 years, numerous laws and conventions have been passed, including the Victims of Trafficking and Violence Protection Act of 2000 and the United Nations Convention against Transnational Organized Crime — also known as the Palermo Protocol. But while countries have steadily been increasing their commitment to address slavery, many challenges remain.

Last week President Obama signed H.R. 644, the “Trade Facilitation and Trade Enforcement Act of 2015”. That bold move, gave hope to the many who are fighting to combat this crime.  The new law includes an amendment to close the loophole in the Tariff Act of 1930 allowing goods produced from slaves to enter the U.S. if American production could not meet 100 percent consumer demand.

To read this article about the slave trade, click on the link below.