Smugglers Take Advantage of EU Border Closings - FreedomUnited.org
This website uses cookies to improve your experience. We'll assume you're ok with this, but you can opt-out if you wish.Accept Read More
Skip to content
Back to Global News 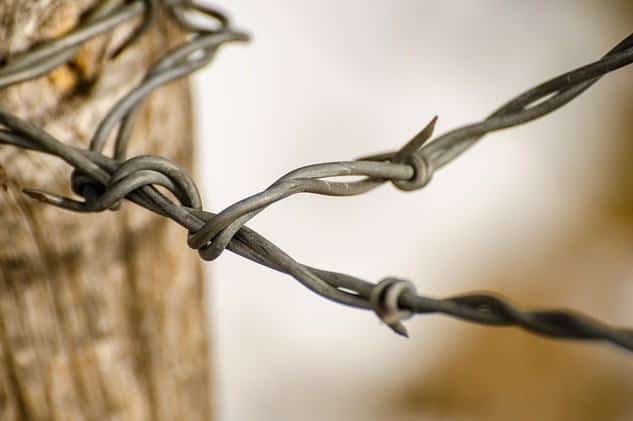 Smugglers from Serbia sat inside a Belgrade City cafe in a tough neighborhood not far from the train station chattering with a group of men. They were discussing the cost of a human being…

Dozens of young Middle Eastern and African men dressed in track suits and woolen caps were frantically negotiating with a Serbian smuggler on the costs of illegal trips over Balkan borders that are rapidly closing to them. The migrants, desperate to escape war and poverty in their homelands, needed help to get closer to their dream destination — Western Europe.

The conversation went like this.  “I cannot do it for less than 5,000 (euros) for that group,” said the smuggler to a Moroccan middleman.  That message, in English, was relayed in Arabic on his cell phone to someone else.

After a few seconds, the Moroccan said, “That’s too much for those people, they don’t have that money.”

The smuggler answered, “Then, no deal,” and turned his attention quickly to other possible clients in the dingy, dimly lit tavern.

Human trafficking is back in a big way in the Serbian capital and elsewhere along the Balkan migrant corridor — a veritable growth industry for locals as European Union nations slam their borders shut in a domino effect, leaving thousands of refugees stuck at Greece’s northern border. Refugee entry restrictions and tighter transit rules imposed recently by Austria and several Balkan states have stalled but not stopped the flow of refugees across Europe — fueling a boom time for the region’s ruthless smuggling gangs.

The refugees are put into car trunks or trucks or buses, then driven along routes familiar to drug traffickers. Sometimes the migrants are taken straight over the border where guards are easily bribed to look the other direction.

There are even freelance smugglers like small-time taxi drivers who drop them off near the borders where they are left to climb the fences in the dark alone and at risk.  They might walk across ice-covered rivers or through forests, and if things go well, they will be picked up again by another smuggler.  But they hope against all odds that they are not apprehended by the authorities.

In the end, either way, they are without cash.  Rados Djurovic, of the Belgrade-based Asylum Protection Center, said once migrants enter Greece from Turkey, “there is no turning back. It’s an illusion to think that by harassing or restricting their human rights, the migrants will give up and return to their countries.” he added.  “We are now again seeing some old faces, including some of the migrants who are part of the organized smuggling rings,” Djurovic said.

These migrants risk not just their money, but their lives too.

Last August, Austrian authorities found 71 migrants, from 10 months to 56 years old, who suffocated in the air-tight cargo of a truck that left Serbia, traveling via Hungary to Austria.