'Slave Labor' Pay for Immigration Detainees Backed by Home Office - FreedomUnited.org
This website uses cookies to improve your experience. We'll assume you're ok with this, but you can opt-out if you wish.Accept Read More
Skip to content
Back to Global News 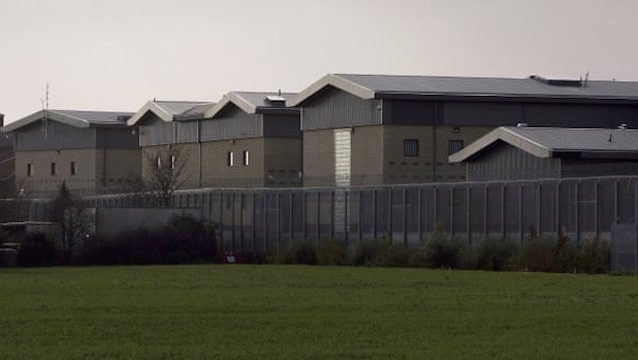 A legal challenge has revealed that UK Home Office ministers overruled their own officials who lobbied for immigration detainees to be paid more than £1 per hour.

Detainees brought the challenge against the Home Office, alleging that they were being paid a ‘slave labor’ wage for their work cleaning toilets and working in the kitchens of immigration detention centers.

The Home Office says all work is “voluntary,” helping to meet detainees “recreational and intellectual” needs and provide “relief from boredom.” Yet by paying detainees next to nothing, the government avoids resorting to external workers who would need to be paid seven times more.

Although Home Office officials and detention centre contractors have expressed support for a pay rise, ministers decided the recommended increase from £1 to £1.15 was not necessary. The rate has remained the same since 2008. The legal action is now continuing and will be heard in the high court in December.

According to the legal documents seen by the Guardian, the Home Office’s review solicited views from a variety of people, including detainees and centre managers.

One centre manager said: “When it comes to asking a detainee to put his hand down a toilet to clean or asked to clean the body fat buildup in the showers for £1 an hour, then we are often met with the response that you can stuff your job, which is why we have a high turnover for shower cleaners and room cleaners.”

In a document known as a detention services order, Home Office officials said: “Whilst £1 per hour seems high, I am reluctantly recommending that we accept this as the basic pay rate.”

The same official went on to say that reducing the pay rate to 75p would be “too risky.”

“We would be heavily criticised by the likes of NGOs, IMBs (independent monitoring boards) and HMIP [the prisons inspectorate].”

Toufique Hossain from Duncan Lewis solicitors, who is bringing the detainees’ case, said, “For several years, the Home Office has exploited immigrants that the government has detained.”

“Indefensibly, the Home Office has set a maximum pay cap for such work at £1 per hour. After we threatened legal action, the Home Office finally reviewed this policy at ministerial level, but callously chose to maintain the cap. We now seek judicial scrutiny of this immoral and obscene practice.”

The Home Office has refuted the criticism, pointing to praise from Her Majesty’s Inspectorate of Prisons for offering paid activities to immigration detainees.

“It helps to keep them occupied whilst their removal is being arranged,” added the Home Office.