Sixteen-Year-Old Rescued from Trafficking in Kolkata - FreedomUnited.org
This website uses cookies to improve your experience. We'll assume you're ok with this, but you can opt-out if you wish.Accept Read More
Skip to content
Back to Global News 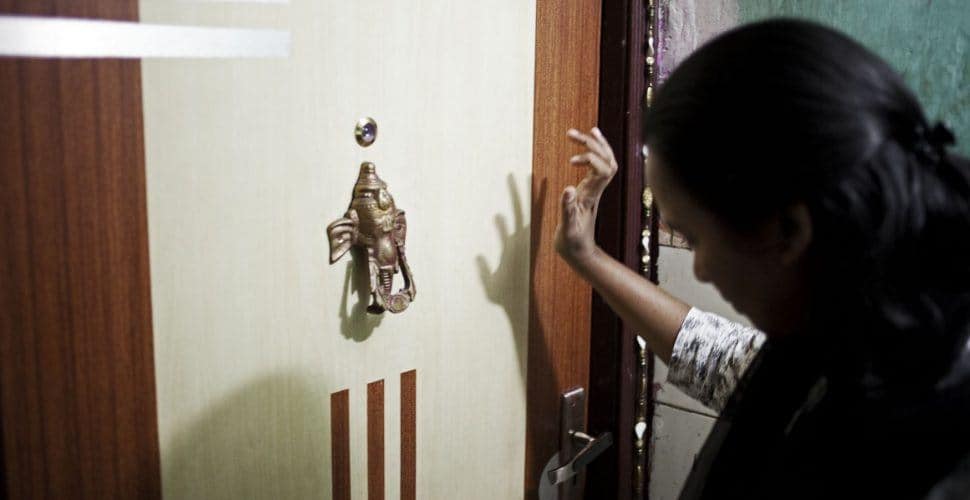 Sixteen-Year-Old Rescued from Trafficking in Kolkata

A sixteen-year-old was rescued from trafficking in Kolkata on Monday.  International Justice Mission and the Kolkata police cooperated on a rescue mission, freeing an under age girl from sex trafficking.

The arrest occurred at an apartment that was operating secretly as a brothel.  The operation took months of planning with the owners of the building.  The owners had noticed women being brought to the apartment, and they called the police.  The authorities were ready for the call, and they notified IJM. Within thirty minutes, all efforts were mobilized.  It was discovered that a woman was renting one of the units as a brothel.  Hours were spent interviewing the adults inside, then a man arrived with a 16-year-old girl. She quickly confided in the officers, explaining that she had been forced to do this work by her aunt.  She was very scared, because it was her first time to be sold.

Once this girl realized the officers were there to help her, she broke down crying in fear and relief. An IJM social worker helped explain everything that was going on and comforted her as the operation continued.

An IJM representative said, “When the girl broke down emotionally, our social worker explained that we are good people who want to help her. I told her she is in a safe place, and whatever will happen, it will be good.”  There were five suspects arrested, and they are holding another in custody relating to the case.  A 22-year-old woman who may have been forced to perform sex was also assisted by the police.  Her story has not yet unfolded completely, but police may take full action depending on the facts that emerge.

With the help of IJM, the sixteen-year-old girl was taken to an emergency shelter home, so she can begin working through her trauma and rebuilding her life. IJM will support the government social services in her long-term care and will work together on a home study to determine when and if she can safely return home.