The Sikhs Secretly Abused in Italy - FreedomUnited.org
This website uses cookies to improve your experience. We'll assume you're ok with this, but you can opt-out if you wish.Accept Read More
Skip to content
Back to Global News 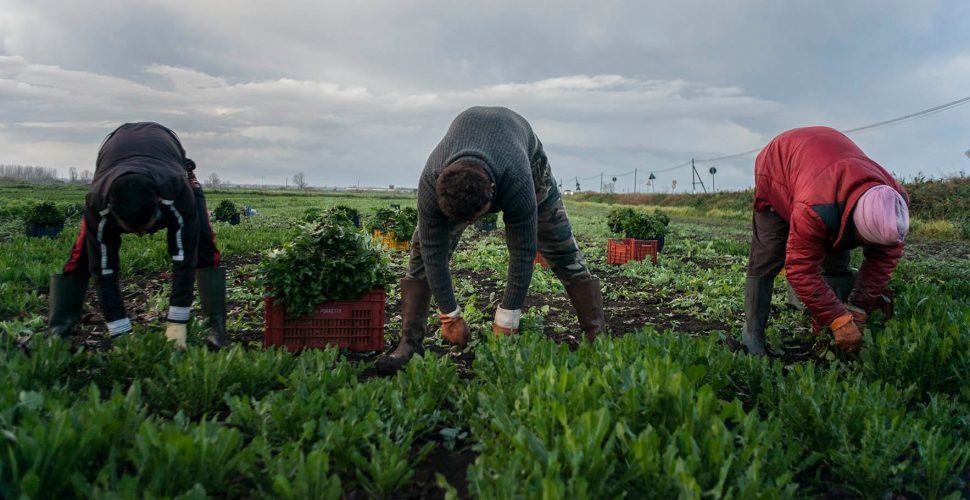 The Sikhs Secretly Abused in Italy

Singh walked into a police station knowing the risks of what he was about to do. But as he explained, “I am a Sikh. And when a Sikh takes a decision, he will go forward, no matter what.” He told the police about the abuses he endured under a gangmaster while working on the fields in southern Italy.

A few days later the threats began. Within a week he lost his job and was forced to move home.

“It is not easy for us. Here, we’re foreigners,” says Singh. “I’m afraid to go back [to India] because I have nothing there. But I know what is happening to us here in Italy is wrong.”

The Guardian reports that there are over 10,000 Sikh migrant workers employed on farms in Pontina and the salads, tomatoes, and courgettes they pick end up in being sold throughout Italy and exported to other European countries.

According to reports by Medu, an organisation run by Italian doctors, 43% of Sikh migrant farm workers in Italy do not speak Italian, meaning they are effectively cut off from mainstream criminal justice and support services. As well as poor pay and frequent non-payment of wages, the organisation identified serious health problems – notably chronic back injuries, overcrowded accommodation and exposure to dangerous pesticides – as routine for Italy’s Sikh farm workers.

Corruption and deception is trapping workers and leaving them heavily in debt. Most Sikh labourers enter on a legal seasonal working visa. Yet, according to CGIL Latina and the testimony of the workers, many pay between €7,000 and €13,000 to an Indian intermediary in Italy to obtain these documents – often with the complicity of an Italian farmer.

More workers are coming forward to report abusive employers, but Singh says there is little protection from retaliation. While his case is finally making it way through the courts, his life has mostly remained the same. He found work on another farm and faces the same conditions as before.

“Sometime I think about doing something again,” he says. “But if I am the only one to speak up, they will just send me away.”