Shandra's Story-My Life as a Sex Slave in the U.S. - FreedomUnited.org
This website uses cookies to improve your experience. We'll assume you're ok with this, but you can opt-out if you wish.Accept Read More
Skip to content
Back to Global News 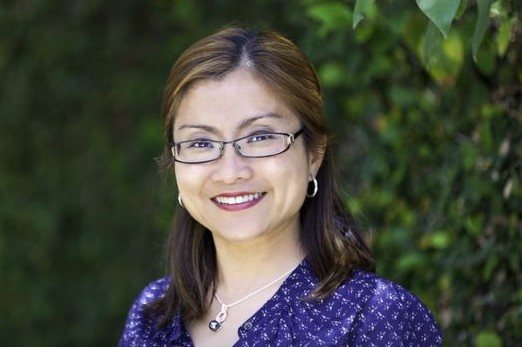 Shandra's Story--My Life as a Sex Slave in the U.S.

Shandra’s story as a sex slave who was trafficked from Indonesia to the U.S. is poignant. In this article, she gives her remarkable personal account. She had a degree in finance and experience working at an International Indonesian bank.  But after Indonesia faced a financial crisis in 1998, she lost her job…

That’s when Shandra Woworuntu began to look for work elsewhere.

“So to support my three-year-old daughter I started to look for work overseas. That was when I saw an ad in a newspaper for work in the hospitality industry in big hotels in the US, Japan, Hong Kong and Singapore. I picked the US, and applied. The requirement was that I could speak a little English and pay a fee of 30m Indonesian rupiahs (in 2001, about $2,700). There was a lengthy recruitment process, with lots of interviews. Among other things they asked me to walk up and down and smile. Customer service is the key to this job, they told me”

Shandra’s tests all resulted in good grades, and she accepted the job. She made plans to have her mother and sister care for her little girl for six months while she worked in the U.S. making about $5,000 per month. That would put her in a position to come back home and assume care of her daughter.

In June of 2001, she arrived in the U.S., excited about her new career.  “America was a place of promise and opportunity.”  She was told she would be working at a hotel in Chicago, but was surprised that she had arrived in New York, 800 miles away.

I arrived at JFK with four other women and a man, and we were divided into two groups. Johnny took all my documents, including my passport, and led me to his car with two of the other women.

In the arrivals hall I heard my name, and turned to see a man holding a sign with my picture. It wasn’t a photo I cared for very much. The recruitment agency in Indonesia had dressed me up in a revealing tank top. But the man holding it smiled at me warmly. His name was Johnny, and I was expecting him to drive me to the hotel I would be working in. I watched through the window as the new driver gave Johnny some money. I was 24 and had no idea what I was getting into.

There were several exchanges from one vehicle to another, each with a change of money.

The fourth driver had a gun. He forced us to get in his car and took us to a house in Brooklyn, then rapped on the door, calling “Mama-san! New girl!” The door swung open and I saw a little girl, perhaps 12 or 13, lying on the ground screaming as a group of men took turns to kick her. Blood poured from her nose and she was howling, screaming in pain. One of the men grinned and started fooling around with a baseball bat in front of me, as if in warning. And just a few hours after my arrival in the US, I was forced to have sex.

Above:  Shandra with other women who were trafficked.  They were ordered to pose.

To read Shandra’s entire story of being trafficked into sex slavery, her daring escape, and her path to survival, click on the link below.