Sex Trafficking Increases in Southeast Asia - FreedomUnited.org
This website uses cookies to improve your experience. We'll assume you're ok with this, but you can opt-out if you wish.Accept Read More
Skip to content
Back to Global News 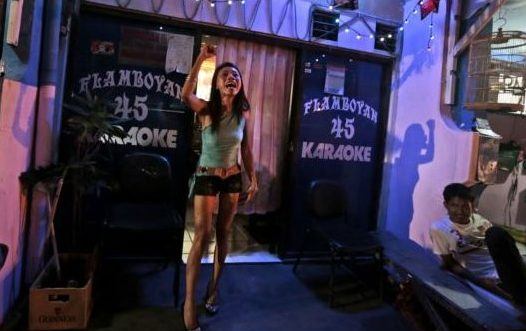 Experts say it is predicted the crime will continue to grow as the region moves toward freer trade. Seventy percent are women and girls, and most are taken to China as brides, sex workers, factory workers.  Others are trapped into sex work or marriage in Malaysia or Cambodia, reports Mimi Vu of the Pacific Links Foundation.  “Traffickers are willing to take the risk of trafficking victims all the way through Vietnam into China.  Trade for brides is becoming more lucrative.”

In the past, most women trafficked into China were from northern Vietnam, near the Chinese border. Over the past year, the trade has expanded south, with officials finding more victims from the Mekong Delta region, said Vu, head of advocacy at Pacific Links, a California-based development organization.  China is a destination for trafficked brides because of its shortage of women as a result its strict one-child policy introduced in the late 1970s. The country last year eased restrictions to allow all couples to have two children.

Vu says the economy is growing in Vietnam and Southeast Asia and that has led to opportunities for traffickers to coerce workers–rural domestic migrants who leave seeking jobs in industrial zones.  They are not aware of the risks of human trafficking.

The 10-member Association of Southeast Asian Nations’ (ASEAN) shift toward a formal community with freer movement of trade and capital would increase trafficking risks, she said.

There are more factories in Malaysia now that employ Vietnamese workers, and these traffickers are misleading people with promises of work in electronics factories. “In reality, they get there, their passports are taken away, and they’re forced into prostitution or into being brides,” Vu said. “You could be trafficked as a bride, give birth to a son, and then sold off to a brothel or a factory, or sold off to another family to give birth again… Her value as a commodity is almost limitless.”

In 2013, Pacific Links developed a counter-trafficking program for factory owners, managers and workers, with support from businesses complying with the California Transparency in Supply Chains Act.

This law from 2012, requires big retailers and manufacturers who do business in the U.S. disclose the measures they have taken to eradicate forced labor and human trafficking from their supply chains.  Pacific Links’ Factory Awareness to Counter Trafficking (FACT) is a program that teaches employers about international and local laws. It teaches workers what human trafficking is, what to ask if they are approached, and how to report cases.

Pacific Links has trained 9,000 workers so far, and aims to at least double that number by the end of 2016.

To read the entire article about sex trafficking increases in Southeast Asia, click on the link below.