Sensationalized images "doing more harm than good" - FreedomUnited.org
This website uses cookies to improve your experience. We'll assume you're ok with this, but you can opt-out if you wish.Accept Read More
Skip to content
Back to Global News 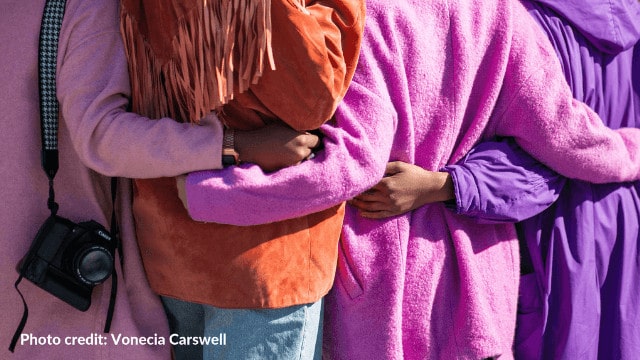 We’ve probably all seen them – images used to portray modern slavery that are sensationalized, disempowering and misrepresent a person’s experience. While these images are usually used with the intention of raising awareness of modern slavery, they instead create harmful stereotypes and suggest that modern slavery always involves physical violence and restraint through the use of chains, barbed wire and rope. These kinds of images are not only unhelpful but can contribute to the retraumatization of survivors.

According to a study by the University of Nottingham’s Rights Lab, disempowering images make it more difficult to recognize the real signs of slavery, such as psychological coercion, rather than the perceived physical signs of violence or restraint.

Emily Brady, author of the study and research associate with the Rights Lab, explained to the Thomson Reuters Foundation:

All they (the public) will be seeing are victims who are physically restrained or hunched over a bed or table, often holding their face in their hands to signify distress. Over time these images can also make people less sensitive to the harm endured by enslaved people because they become the new norm.

The study looked at common themes in images of modern slavery used in government and charity reports across the globe noting encouraging examples of positive images used by organizations such as the Walk Free Foundation.

Misrepresentation could also impact victims’ access to help if their experiences do not match the popular perception of what slavery looks like.

When campaigns are led by people who do not really understand what modern slavery is, agency is taken away from victims rather than empowering them.

That’s why at Freedom United we launched the My Story, My Dignity campaign and pledge calling on the media and anti-slavery organizations to commit to represent modern slavery and people’s experiences of it with dignity.

You can take action today by signing the pledge below and checking out our content guidelines.

I’m a survivor. I was trafficked 20 yrs. Some times I just need to talk about my memories because they well up in me and I feel so alone and desperate and nobody like family or friends want to hear it because they don’t know what to say or how to understand. It. I wreally need advocates to listen and care and I really wish that what happened to me would make a difference in how survivors are perceived and I know if I told my story there is new insight to be gained from it. God saved me for… Read more »