Was Your Seafood Caught with Forced Labor? New Tool Gives Insight - FreedomUnited.org
Skip to content
Back to Global News 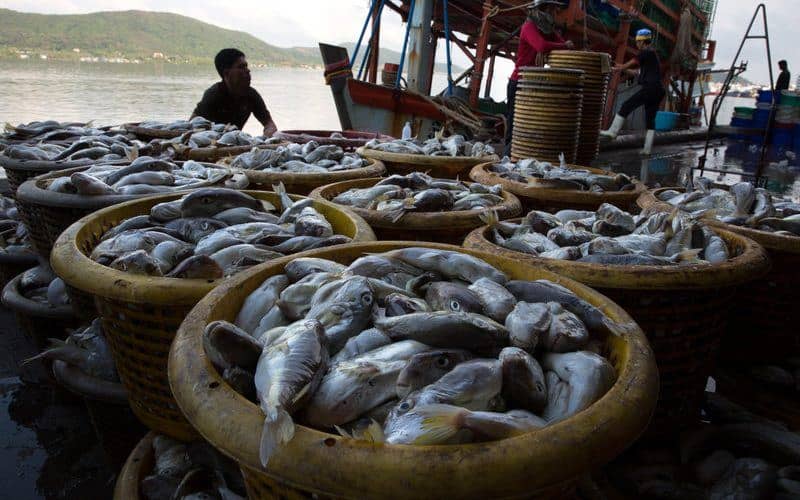 Was your seafood caught with forced labor? That’s the big question for U.S. retailers and seafood importers, and a new database from the Monterey Bay Aquarium’s Seafood Watch program aims to give them insight.

They have just released their Seafood Slavery Risk Tool — a database designed to help corporate seafood buyers assess the risk of forced labor, human trafficking, and hazardous child labor in the seafood they purchase. This comes on the heels of a report by Human Rights Watch that found Thailand’s seafood industry continues to be plagued by forced labor. Thailand is the world’s fourth largest seafood exporter.

NPR outlines the features of the new tool:

The new Seafood Watch database, which took two years to design, assigns slavery risk ratings to specific fisheries and was developed in collaboration with Liberty Asia and the Sustainable Fisheries Partnership. Like Seafood Watch’s color-coded ratings, the Seafood Slavery Risk Tool aims to keep it simple — a set criteria determines whether a fishery will earn a critical, high, moderate or low risk rating.

A “critical risk” rating, for example, means credible evidence of forced labor or child labor has been found within the fishery itself. Albacore, skipjack and yellowfin tuna caught by the Taiwanese fleet gets a critical risk rating. A “low risk” fishery, like Patagonian toothfish in Chile (also known as Chilean seabass), is one with good regulatory protections and enforcement, with no evidence of abuses in related industries.

U.S. retailers and importers only became concerned about trafficking and forced labor when media investigations in 2014 and 2015 revealed seafood caught by modern day slaves was making its way into American supply chains. Since then, companies have been quick to include publish stronger commitments about supplier ethical guidelines and traceability, but in truth these companies have few tools to assess risk on the ground.

“The companies knew their supply chains weren’t transparent. They were obviously embarrassed and humiliated by being called out,” says Duncan Jepson, founder of Liberty Asia, an NGO that focuses on preventing human trafficking. Today, many companies continue to be skittish about talking about this problem — Kroger, Safeway, Whole Foods, Hy-Vee, Walmart and Red Lobster did not respond or declined to speak to NPR.

Still, others are open to engaging. Maisie Ganzler, chief strategy and brand officer at Bon Appétit Management Company, said “The reality is that no company right now can be 100 percent sure there’s no slavery in the supply chain. All companies need to band together to work on the issue, along with the government. It really is an issue that governments are going to have to take action on.”

As stated in above petition…”All companies need to band together to work on the issue, along with the government. It really is an issue that governments are going to have to take action on.”

Cheap labor is what drives much of capitalism, and about the cheapest is forced labor – including the inmates in America’s privately owned and operated prisons. Those prisons flourish because of a flawed judicial system that preys on minorities.