Scorecard ranks top chocolate brands on child labor. Who flunked? - FreedomUnited.org
This website uses cookies to improve your experience. We'll assume you're ok with this, but you can opt-out if you wish.Accept Read More
Skip to content
Back to Global News 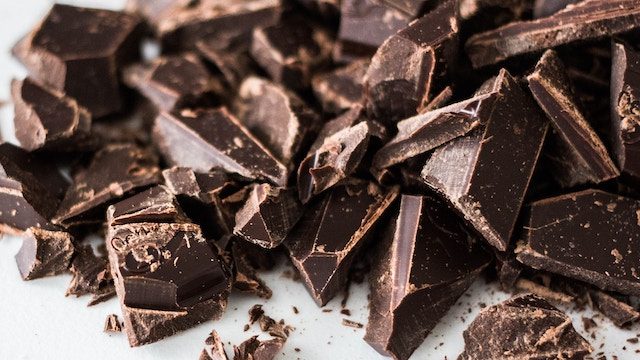 The efforts of the world’s major chocolate companies are not equal when it comes to rooting out child labor and deforestation from their supply chains.

According to a new scorecard just released by Green America, many companies are failing to address the problem. Godiva was rated the worst — scoring an F — while Ferrero and Mondelez were marginally better, both earning Ds.

An estimated 1.6 million children work in the cocoa industry, which is largely centered in Ghana and the Ivory Coast. But big brands still aren’t doing enough to ensure this tainted cocoa doesn’t make it into their supply chains.

“This Halloween and every day, children should be able to enjoy candies that aren’t made by child laborers,” said Charlotte Tate, Green America’s labor justice manager.

“Big brands must do more to tackle these issues, and buying ethically sourced chocolate is one way for consumers to put pressure on brands to change their practices.”

Mars and Nestle were rated slightly better than Lindt and Hershey, while seven smaller companies received the best grade, including Alter Eco, Divine and Tony’s Chocolonely.

Godiva, which received the worst ranking, said it purchases cocoa through third parties which put it at a scoring disadvantage.

“We ensure ethical sourcing through agreements with our suppliers to comply with our GODIVA Code of Conduct, which explicitly prohibits the use of forced and child labor,” a company spokeswoman said in an email.

Most major chocolate companies are working to increase the proportion of their cocoa that is certified as ethical by groups such as Fair Trade and Rainforest Alliance, or through their own certification programs.

According to International Cocoa Initiative, cocoa farmers earn less than $2 a day — below the World Bank’s poverty line — which is part of the reason why cheap child labor is employed in the industry.

The governments of Ghana and Ivory Coast have also criticized chocolate companies for focusing on their own sustainability plans instead of helping implement a payment plan called the living income differential (LID), which the two countries introduced this year to address farmer poverty.

Alter Eco is praised for being palm-oil-free. In Germany, if you put palm fat into chocolate, it’s legally not chocolate, and you can’t sell it as such…

I was going to say it was no surprise that a Belgian company scored lowest, but I looked it up and Godiva was purchased by a Turkish conglomerate in 2007. I buy local organic chocolate: Theo’s. They source ethically.

Well I don’t buy chocolate now as I am diabetic. Surprised Nestle are deemed as good.They have 10 violations from land grabbing to people abuse.Look up Nestle boycott.

the top chocolate mega companies …lindt, hersheys, mars and nestle make good chocolates with the help of the blood and sweat of slaves. no wonder they taste better!

Nestle is in the bottom 8 of 15 assessed companies rated C+ and below if you look at the Green America Scorecard. Surprised Kraft hasn’t been evaluated as they own Green & Black’s Organic chocolate. https://www.greenamerica.org/end-child-labor-cocoa/chocolate-scorecard