'Babies born into slavery': The trafficking crisis at Uganda's orphanages - FreedomUnited.org
This website uses cookies to improve your experience. We'll assume you're ok with this, but you can opt-out if you wish.Accept Read More
Skip to content
Back to Global News 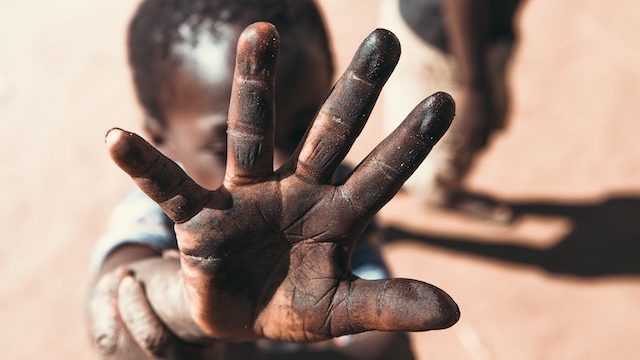 'Babies born into slavery': The trafficking crisis at Uganda's orphanages

Rory Truell, secretary-general of the International Federation of Social Workers, recently reported on this crisis from the capital of Uganda, where local social workers pointed out that babies on the street are born into slavery. Even the older children begging on the streets are trafficked, forced to beg as men standing nearby keep watch over them.

Without strong social protection systems in place, children from poor families in Uganda are vulnerable to trafficking, but it’s not just on the street. It’s in what might be an unlikely suspect — orphanages.

Impoverished parents unable to care for their children can end up turning to orphanages that promise their kids a better life. But it’s often a scam, and one that involves wealthy Western donors and forced child labor.

Most orphanages in Uganda profit through well-meaning overseas donors who make regular payments towards the child’s wellbeing, yet in reality little of this money is spent on care or education.

Children in typical orphanages become institutionalised by the loveless environments. They often suffer from developmental delay, show little emotion (with the exception of aggression), don’t speak and trust no one.

Like the trafficked children on the streets, they too are forced into unpaid labour, thereby earning a double income for the orphanage owners. Consequently, the number of orphanages keeps going up. Last year Unicef estimated the number of children living in orphanages in Uganda to be about 2.7 million.

But changes are taking place. Social workers across Uganda have been advocating for new systems of welfare to replace the longstanding culture of orphanages, and now the government is reviewing their operations.

“Transformational social service systems must be created that support families to keep and care for their children.”

Ugandan social workers are currently focusing on how to build out services that address the core problem of poverty and how to reunite babies and children with their families. One key effort is the development of community child protection centres in every neighborhood.

Run for and by community members, Truell explains that “Each is based on a charter of child rights and provides training on parenting skills, nutrition and building support within and between families, as well as focusing on children’s needs for safety, love, security and education. They also act as advocate bodies to shape government policy and social service delivery to meet the real needs of their communities.”

“The centres are working,” said Charles, a manager from Child’s I Foundation, an organization advocating for community centers as a means of building resilience against orphanage trafficking.

“We have a very long way to go but families want their children to be healthy, happy and loved. Slowly, along with other committee professionals, we are transforming the social services sector.”

A society that lives with child trafficking and enslavement is a society in very deep trouble. A society unable to care for its weaker members – whether children or elderly – is a society in crisis. One of the most scared reponsibilities of any human society is precisely to ensure its weakest members ARE taken care of.

The best thing that could and should be done is offer free tubal ligations and vasectomies. Along with reproductive education. People that traffic in slavery rely on over population and it hurts everyone.

And as usual not a word about taking away the right to procreate for such parents.

Surely the way forward is to start at the begining( always a good place to start).Providing free family planning and contraception would reduce the number of unwanted children by reducing the supply. This service would not be without difficulties but once underway would be a real benefit to all.