San Antonio Trailer Tragedy: What It Says About Human Trafficking - FreedomUnited.org
This website uses cookies to improve your experience. We'll assume you're ok with this, but you can opt-out if you wish.Accept Read More
Skip to content
Back to Global News 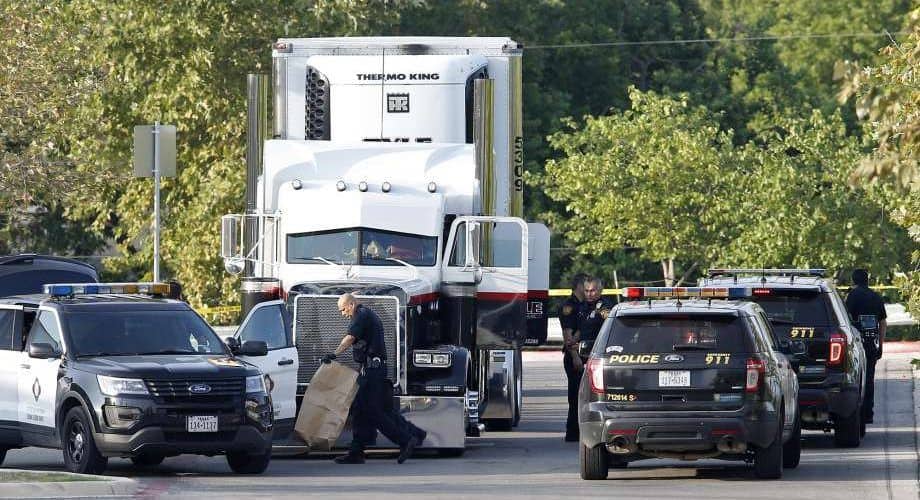 San Antonio Trailer Tragedy: What It Says About Human Trafficking

The deaths last week of 10 people in the back of a hot tractor-trailer in San Antonio spotlights the dangers that illegal immigrants face trying to get to the U.S.

Twelve people are still hospitalized after being found on Sunday in a sweltering tractor-trailer in a Walmart parking lot in San Antonio. They’d been transported there from Laredo, Texas. A total of 10 immigrants have died because of conditions in that truck, and the deaths have highlighted the smuggling of immigrants by truck within the United States. Mose Buchele of member station KUT in Austin has been reporting on this practice. And, Mose, some of the migrants in this truck reported being picked up on the U.S. side of the border to be brought further into the country. Why transport people in the back of a tractor-trailer after the immigrants have already crossed the border into the U.S.?

MOSE BUCHELE, BYLINE: OK, so here’s the context – what we have here in Texas are effectively two borders. There’s the border that people need to cross into the United States along the Rio Grande. But then there’s a second border, checkpoints that have been maintained for years by border patrol that are within U.S. territory. And in recent years, as enforcement has ramped up, those border crossings – or those checkpoint crossings, I should say, have become harder to overcome.

Now, the fact that some of these people were picked up on the U.S. side to be brought past those checkpoints further in the United States actually surprised one person I spoke with, Guadalupe Correa-Cabrera. She’s a government professor at UT Rio Grande Valley. She had this to say about it.

BUCHELE: And she says that this use of truck might increase as smugglers try to move more people all together at the same time.

SIEGEL: So how does this work?

BUCHELE: So in this case, some of the people reported being picked up from a kind of a safe house on the U.S. side. In some other cases, people actually report getting in a truck on the Mexican side and crossing over. And then it’s just a question of getting on a highway and driving. There are trucks all over the place on the U.S.-Mexico border, you know, obviously a busy trade route. So you’re kind of invisible once you’re inside one of these things, and you can put a lot of distance between yourself and the border once you’re inside.

SIEGEL: And how common is this practice thought to be?

BUCHELE: Not as common as other, more traditional ways of getting across. You know, a lot of people probably still move in smaller groups or walk. Now, I was surprised to hear that some people actually perceive this as a safer option. And it actually costs more, according to some, to move in truck. I heard one person refer to it even as the VIP way of getting through because it’s perceived as safer. You don’t have to deal with walking through the desert. You may avoid being stashed in various safe houses along the route. So this is a horrible, horrible story we’re hearing out of San Antonio, but…

BUCHELE: …Some may actually believe this to be a safer option.

SIEGEL: Yes, what happened in San Antonio obviously underscores that there are enormous risks associated with this kind of truck transport.

BUCHELE: Absolutely. And this has happened before. In 2003, 19 people died in Victoria County, Texas, as a result of more or less the same thing. They were locked inside a tractor-trailer, an abandoned truck, about 70 people, and 19 of them died. Now, border crossings were down in this last year. There were fewer crossings over recorded, and so that meant fewer deaths as well.