Russia Hiring North Korean 'Slave' Workers Despite UN Sanctions - FreedomUnited.org
This website uses cookies to improve your experience. We'll assume you're ok with this, but you can opt-out if you wish.Accept Read More
Skip to content
Back to Global News 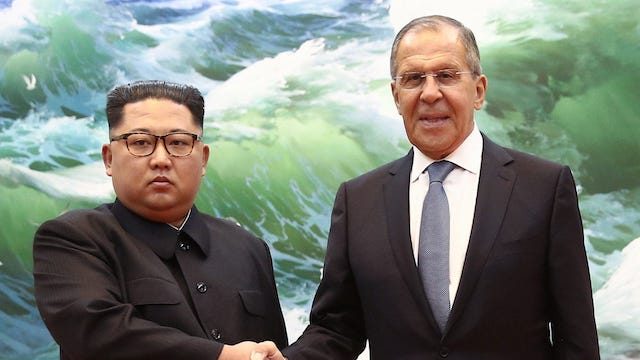 Russia has been issuing work permits to North Korean workers despite UN sanctions against the practice.

The UN sanctions are designed to deprive the North Korean government from foreign cash. Each year North Korea sends around 100,000 of its citizens to be laborers, primarily in Russia and China, in what the UN calls ‘slave-like conditions.’ Workers are made to give up to 90% of their wages to Kim Jong-un’s regime.

The Center for Advanced Defense Studies in Washington DC has reported that in this year alone the Russian labor ministry has given at least 12 companies permission to hire 806 North Korean workers.

The director of Soyuz Stroi, a construction company that has employed North Koreans, confirmed that he was still hiring them as laborers.

“We are doing this, we’ve hired new ones, and we have the old ones,” Malsar Khuseinov said.

However, when asked about the UN hiring ban, he said “that’s a question for our government.”

Russia has appeared to be making maximum use of the UN’s grace period, which says that all North Korean workers must be sent home only by December 22, 2019, in hopes it could be cancelled.

North Koreans in Russia often work six or more days a week and live in cramped construction wagons or dormitories under under close guard. The defence studies report estimated that 30,000 of them are currently working in Russia for an average monthly wage of £230.

Previously many of them worked in logging camps that were described as “open-air prisons” by one North Korean who escaped.

Contractors have said North Koreans helped build the World Cup stadium in St Petersburg, where at least one died on site.

“It’s not just slavery conditions, it’s a slavery psychology and a slavery situation,” said activist Svetlana Gannushkina, who has helped several North Koreans in Russia seek asylum here or other countries. “The victims agree to his situation, because they are raised this way, and those who start to resist are incredibly strong.”

A foreign ministry spokeswoman denied that Russia was violating the UN resolution, saying the government was only hiring North Koreans whose contracts were signed before September 11, 2017.

However, the number of new work permits and job listings raises doubts if that statement it true. Companies around the Moscow region that were given permission to hire North Koreans have been advertising jobs as recently as July.

US history as a belligerent and predatory state is that of illegal occupations, bombings, assassinations, clandestine jails all over the planet to illegally incarcerate and torture innocent people, the US has been the first to use a nuclear bomb in Hiroshima and Nagasaki, the list goes on. In short the US should be tried for their war crimes, their inhumanity and utter contempt for human life.
North Korea does not have this record. Do not add to the lies and misinformation.

I saw a report about this on TV a while ago. While I can’t recall what I saw it on (VICE TV?), I do remember that the North Koreans were working in a logging camp. It looked pretty grim…

I’m sad to see this. These workers should have the freedom to choose their own work, with fair wages, and fair living conditions and not to be contracted through their government for their government’s profit. Shame on these companies taking advantage of these men and women.