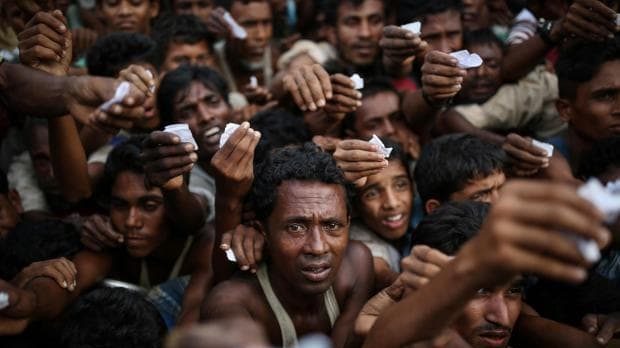 The United Nations migration agency on Wednesday announced that hundreds of thousands of Rohingya Muslims have run away from the dangers and violence in Myanmar. And they continue to be at risk of becoming victims of human trafficking. The answer to the problem is to better manage the refugee camps. Reuters reports the dangers.

“Fighting in Myanmar’s northern Rakhine state has forced 422,000 Rohingya to seek refuge in neighbouring Bangladesh, where unofficial shelters have sprung up outside of two government-run camps.”

IOM’s Asia-Pacific spokesman Chris Lom said, “Most have no money, no food, no clean water, no shelter and don’t speak the language.”

“That leaves them potentially at the mercy of anyone offering help and they may end up as victims of trafficking.”

Every body shall live under the rights of humanity and dignity. When these rights fail it means people failed to be human beings.

Is there any other initiative by Freedom United, but only our financial contribution to the organization, as for instance a campaign to draw world attention to this tragedy at which we could participate more actively?

Urges to UNITED NATION at least take an initiative step to give shelter to put army forces administration to controlled these helpless life to living with respects without attacking of slavery and human trafficking by includes US peace missions committee.
Since UN failed to stop at Myanmar Genocide at least help to them shelters for their living rights of humanity. Already lot of Bangladesh Army’s are added in many african country’s to given shelter by UN peace mission of war destruction areas,

Put initiatives in place to stop this from happening! There has to be help for the women and children, a safe place.