Rise in Young Women Trafficked to Afghanistan - FreedomUnited.org
This website uses cookies to improve your experience. We'll assume you're ok with this, but you can opt-out if you wish.Accept Read More
Skip to content
Back to Global News 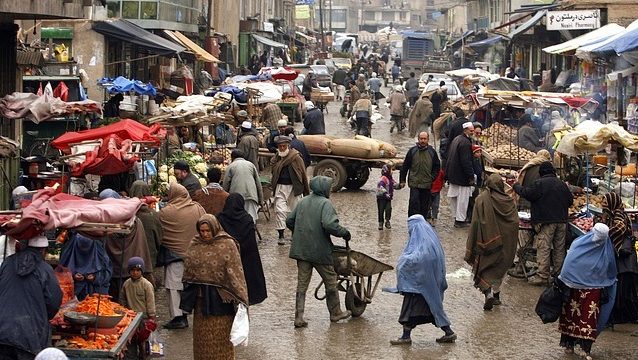 Afghanistan is seeing a rise in young women from neighboring countries being trafficked into the country.

The country has long struggled to understand the full scope of human trafficking nationally, but that may now change as the International Organization for Migration (IOM) has launched a new database and national referral mechanism for Afghanistan.

Meena Poudel, who heads the International Organization for Migration (IOM)’s counter-trafficking program in Afghanistan, said that the government was willing to address trafficking, but didn’t know the extent of the problem.

“The issue was a knowledge gap,” she said.

There has been “a steady increase in the number of young female trafficking victims arriving to Afghanistan from neighbouring countries,” according to the IOM.

It has said traffickers prey on the increasing number of Afghans who have been deported or decided to return from neighbouring Iran and Pakistan, as well as those uprooted by conflict inside the country.

The problem has been exacerbated by a severe drought, which has driven hundreds of thousands of people from their homes and pushed families to marry off their children in exchange for dowries in order to survive.

In January of last year Afghanistan strengthened its laws on human trafficking, including forced labor and forced marriage.

However, the country remains on Tier 2 of the US Trafficking in Persons Report for 2018, meaning the Government of Afghanistan does not fully meet the minimum standards for the elimination of trafficking but is making significant efforts to do so.

One promising sign is that earlier this month Uzbekistan and Tajikistan both backed an Afghan proposal to draft a memorandum of understanding to fight human trafficking between the two countries.