Refugees subjected to forced labor in Libya now threatened by coronavirus - FreedomUnited.org
This website uses cookies to improve your experience. We'll assume you're ok with this, but you can opt-out if you wish.Accept Read More
Skip to content
Back to Global News 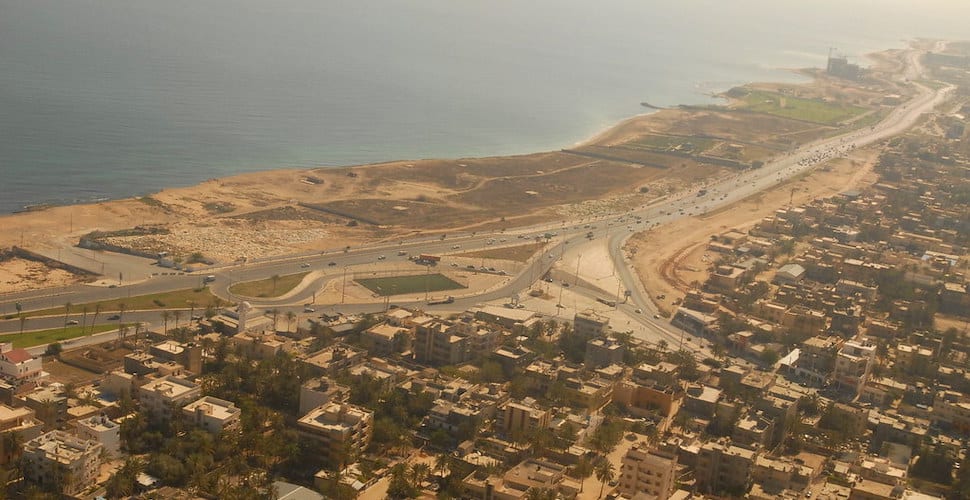 Refugees and migrants across Libya, including many survivors of modern slavery, are fearing for their future amid disruptions to aid, rescue, and resettlement operations due to the ongoing coronavirus pandemic.

The UN Refugee Agency (UNHCR) announced last week that some of its activities in Libya would be suspended, including visiting detention centers and operating a registration center for new arrivals to sign up for help.

Resettlement flights for refugees and migrants, meanwhile, have been suspended by both the UNHCR and the International Organization for Migration (IOM), as have humanitarian rescue missions in the Mediterranean.

Refugees and migrants are left deeply concerned that the harsh conditions they endure in Libya, including forced labor and extreme abuse, could deteriorate further as a result of the suspensions.

In addition to the prospect of being cut off from aid, many are fearful of the potential spread of COVID-19 in cramped refugee communities that have little capacity to fight the disease.

Even without confirmed cases, aid workers and activists worry that the pandemic could result in further stigmatization of refugees and migrants, among whom coronavirus-like respiratory diseases are common.

“There is a real risk of coronavirus being conflated with tuberculosis – which we all know is an issue already – and of migrants being unfairly blamed and stigmatised for it,” said Liam Kelly, the country director for the Danish Refugee Council.

Another aid worker, who asked not to be named, said the outcome for migrants and refugees would be “disastrous” if there is an outbreak. “The restrictions on activities of [the] UN and international organisations may deteriorate the situation for refugees and migrants even further,” he said.

The North African country has been in and out of war for nearly a decade, its fragile condition turning it into a major destination for migrants and refugees seeking to reach Europe from its shores.

With low state presence and a lack of law and order, the exploitation of these desperate people is rife.

Forced labor of refugees and migrants is widespread: made to bear heavy loads, build shelters for members of the military, and endure domestic servitude, some have come to describe themselves as slaves.

Many reports of exploitation come directly from the detention centers where the Libyan coastguard returns migrants intercepted in the Mediterranean—supported by generous funding from the European Union.

A Tripoli UNHCR facility established as an alternative to the detention centers, meanwhile, was forced to evacuate earlier this year after it emerged that militia leaders were using it as a base—effectively treating the refugees sheltered there as human shields.

Freedom United is currently campaigning to end slavery in Libya by putting pressure on the EU to end its policy of funding the Libyan coastguard, seek the closure of detention centers, and break the current cycle of exploitation.

As Libya’s refugees and migrants growing even more vulnerable amid the coronavirus pandemic, they need your help more than ever. Add your name today.

Let there be human rights everywhere.