Recruited in Hyderabad, Tortured in the Middle East - FreedomUnited.org
This website uses cookies to improve your experience. We'll assume you're ok with this, but you can opt-out if you wish.Accept Read More
Skip to content
Back to Global News 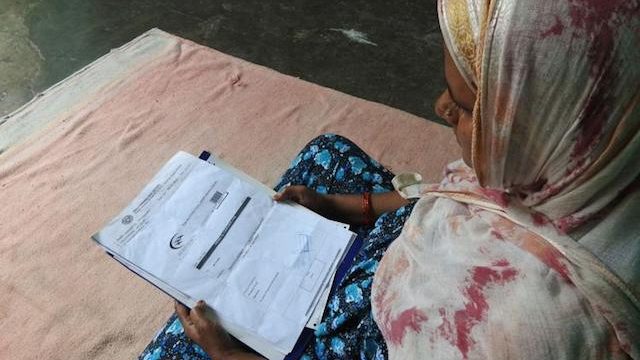 Recruited in Hyderabad, Tortured in the Middle East

Women in the southern Indian city of Hyderabad are being lured to work in the Middle East through promises of good jobs. Yet once they touch down they find that they’ve been sold into domestic slavery.

Hyderabad’s slums are the epicenter for agents, primarily men, who attempt to recruit vulnerable women living in poverty. These women often include those with alcoholic husbands, widows, or even those with large debts of medical ailments.

These agents then find female ‘sub-agents’ whose job it is to convince these women to hand over their documents and travel to the Middle East.

The women then receive government documents including Aadhar cards, Voter ID cards, passports, and a visa before flying from Mumbai to Dubai.

But as The News Minute reports, landing in Dubai is just the start of their problems:

All the women are lured by the promise of easy money, only to realise once they reach their destination, that they have been ‘sold off’ as nothing more than domestic slaves. The entire trafficking ring involves both foreign nationals and Indians living in Hyderabad and abroad.

While the younger women are lured under promises of being hired as beauticians, the older women are usually told they have to work as nurses.

Besides physically and sexual assaulting the women, the employers also do not let them step out of the house. If the women manage to run away, a case of theft is filed and the victim often spends months in jail before she is rescued.

India’s Ministry of External Affairs (MEA) says that is has strict guidelines for citizens who want to travel abroad for work.

For instance, applying for a ‘khadama’ visa — or a domestic work visa — has been banned. Yet agents are able to bypass this restriction by falsifying documents saying that these women are being recruited for other professions.

While senior police have been investigating these cases, victims allege that lower-level police officers are part of the problem as they often try to ‘settle’ cases between the agent and the families of the victim.