'Race to the Bottom' in Cambodian Garment Factories - FreedomUnited.org
This website uses cookies to improve your experience. We'll assume you're ok with this, but you can opt-out if you wish.Accept Read More
Skip to content
Back to Global News 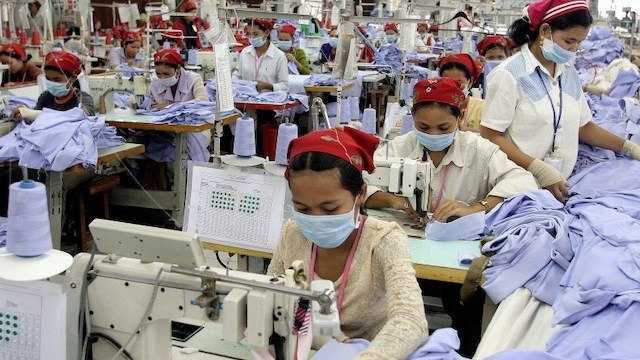 'Race to the Bottom' in Cambodian Garment Factories

Conditions in Cambodian garment factories are steadily improving, but human rights violations continue to persist as Cambodians, namely women, are forced to take low-paying factory jobs when they they few other options.

The monthly minimum wage for garment workers is now at $170, an increase from $100 a month back in 2014. But this modest wage increase does not mean workers are free from labor exploitation.

A recent survey by the UN initiative Better Factories Cambodia (BFC) found that only 44% of around 500 Cambodian factories surveyed fully complied with international and national laws.

This marks a statistical improvement from BFC’s previous survey, but there’s a major caveat: 114 factories in their survey pool have shut down since BFC’s last report. Many of these were non-compliant, and either shut down or moved operations to avoid scrutiny.

The actual working conditions also appear to still threaten the health of workers. According to the Cambodian government’s own statistics, over 2000 workers fainted in 2018 in just 16 factories that were surveyed. In one shoe factory in October, nearly 100 workers fainted during a single shift. High temperatures in working spaces, chemicals used in the manufacturing process, or overwork are all factors that could cause workers to faint.

In terms of child labour, the survey found only 11 violations of international child labour laws among 600,000 workers, far fewer than the 74 violations found in 2014. But there’s a good chance that children have simply stopped working in the licensed factories, working at home or with subcontractors instead.

Also, the chief way that child labour violations are identified is by catching workers using false documents to prove they’re of age – 15 years or older. It’s possible that many more children are now simply passing these checks unnoticed. Improvements like these are hard to verify and the violations still indicate an opaque and weakly regulated industry.

One of the major limitations of the BFC report is that it only looked at licensed garment export factories. With 85% of Cambodians working in the informal economy, the overwhelming majority of the population does not benefit from the incremental improvements in the formal sector.

H&M recently hosted a summit on fair wages in Phnom Penh, celebrating that it paid its factory workers 24% higher than the minimum wage, for a total of US$210.80 per month. Yet other labor violations continued, and the Clean Clothes Campaign boycotted the event, citing H&M’s failure to make sure that 850,000 garment workers earned a living wage by 2018.