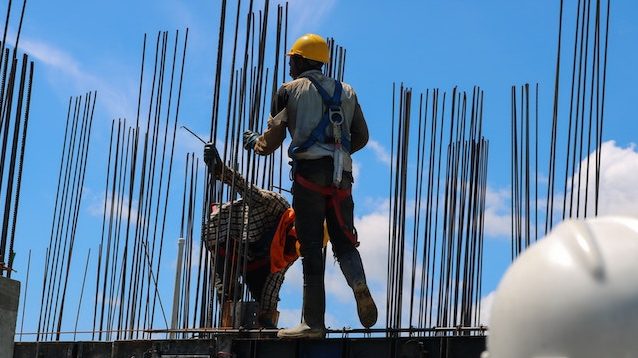 A total of 34 migrant laborers working on World Cup stadiums in Qatar have died in the six-year period since construction began, including nine deaths in 2019 alone, new figures have revealed.

The numbers were part of the latest annual workers’ welfare report released by the “supreme committee” responsible for organizing the controversial global soccer event, which is scheduled for late 2022.

All but three of the deaths are classified as “non-work related,” which means they occurred away from the worksite — and are therefore ineligible for compensation under Qatari law.

But as The Guardian has previously reported, Qatar seldom carries out post-mortems on migrant worker deaths, which means it is difficult to ascertain the cause as non-work related — and long hours in extreme summer heat is likely a significant factor in many cases.

The reports have reignited calls for Qatar to move forward with the labor reform it has been promising for years: the abolition of the kafala system, which binds migrant workers to their employers and has been widely criticized as exploitative and slavery-like.

Major reforms have been announced, but the only change so far has been to allow workers to leave Qatar without employer permission. Government systems designed to prevent wage delays, meanwhile, were found last month to be poorly enforced.

Qatar has come under intense international pressure to reform its labour system since The Guardian first revealed the widespread abuse of its vast migrant workforce, who come from some of the poorest countries in the region. But workers’ rights activists have criticised the lack of progress with less than three years to go before the World Cup kicks off.

“Qatar has been promising to abolish kafala since at least 2014 and actually claimed to have done it in 2016,” said James Lynch, a director at Fair / Square Projects and an expert on migrant workers in the Gulf. “Qatar should have gripped this issue years ago, before most of the World Cup stadiums and infrastructure were built by workers bound by this exploitative system.”

Qatar’s government has rebuffed the allegations, praising the country’s efforts and arguing that the delays in implementing the reforms are due to a rigorous review process — an assessment shared by the head of the local International Labour Organization office.

But activists and campaigners have called for Qatar to immediately implement the reforms, arguing that the government is simply prolonging the suffering of millions of migrant workers.

The new reports of worker deaths are the latest indication of the dangerous conditions that workers on World Cup projects are made to work in, with little government protection.

Freedom United is currently campaigning against forced labor in Qatar, adding the voices of thousands of supporters around the world to the growing international calls for reform.

Add your name today and push for the protection of these vulnerable migrant workers.