World Cup workers in Qatar remain unprotected from wage delays - FreedomUnited.org
This website uses cookies to improve your experience. We'll assume you're ok with this, but you can opt-out if you wish.Accept Read More
Skip to content
Back to Global News 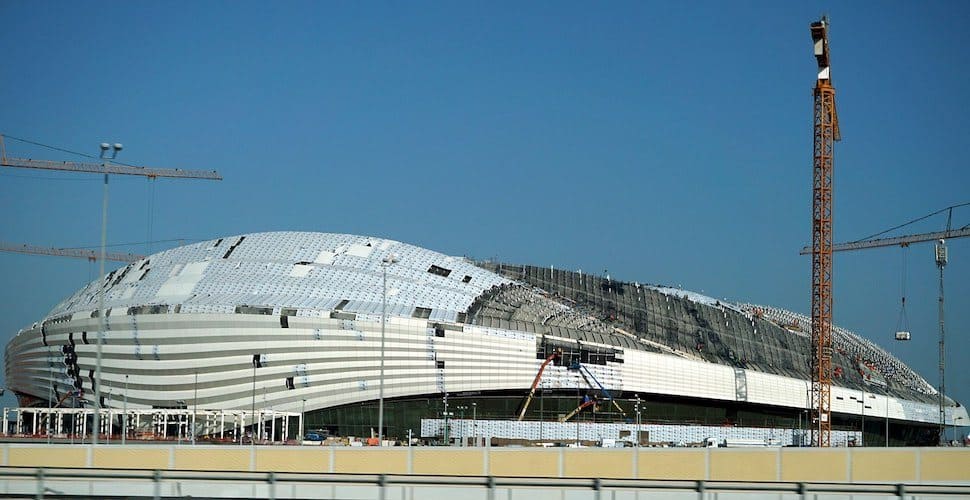 A Human Rights Watch investigation has uncovered months of delayed wages by World Cup-linked employers in Qatar—despite a government system designed to ensure these delays no longer occur.

Enacted in 2015, the Wage Protection System (WPS) is intended to guarantee wages are paid via bank transfer each month while giving the government the ability to monitor these payments and sanction employers that fail to comply.

However, the effectiveness of the system is in serious doubt after one Qatari employer was found by Human Rights Watch to have delayed their employees’ wages for up to five months.

The employer, whose workers number over 6,000 across 25 projects, committed additional labor abuses including failing to pay outstanding salaries to former employees and forcing current employees to work under threat of further deductions.

After their complaints to local police in late January and early February were ignored, workers took to the streets to protest and finally received their payments over the past few weeks after intervention by the government.

“I was so miserable, my wife is having a baby soon,” said one 32-year-old surveyor who received four months of salary on February 13.

“I was supposed to go to India for the delivery. Instead, I had no money to live in Qatar, I am in thousands of riyals of debt, and there is a potential travel ban on me [because of defaulting on a bank loan]. How did this happen to me?”

He said he understood he had only been paid because the government had provided the money. “I will now go and clear months of dues with the bank, my landlord, and grocer who has been giving us vegetables on credit.”

Although the investigation by Human Rights Watch exposed labor violations by one particular employer, the organization stressed that their findings were indicative of broader systemic labor issues in Qatar.

Labor issues surrounding the World Cup are exacerbated by the fact that most workers are migrants and therefore subject to the kafala sponsorship system, which prevents them from striking or unionizing and puts many aspects of their lives in their employers’ hands.

Moreover, this is not the first time the efficacy of the WPS has been called into question. A 2019 joint report by the International Labour Organization and the Qatari government found numerous issues, including a backlog of cases dating back nearly a year.

“Qatar has passed some laws to protect migrant workers, but the authorities seem more interested in promoting these minor reforms in the media than in making them work,” said Michael Page, deputy Middle East director at Human Rights Watch. “FIFA and the Qatari government should ensure that any employer that has delayed payments immediately releases them, as well as levy appropriate fines.”

With the pace of construction likely to accelerate as the 2022 World Cup approaches, more concrete steps must be taken to ensure that Qatar’s already vulnerable migrant workers are not exploited further.

Your campaign is admirable, but why just Qatar? I am a British national working in Saudi, the company I used to work for owes me 6+ months salary and I am not an isolated case. It is the same throughout the company. A company of 10,000 plus employees. The Kafala system also in place in Saudi meant I still needed their permission to transfer to another company, which took almost two months. Meaning I was stuck in Saudi for Christmas.