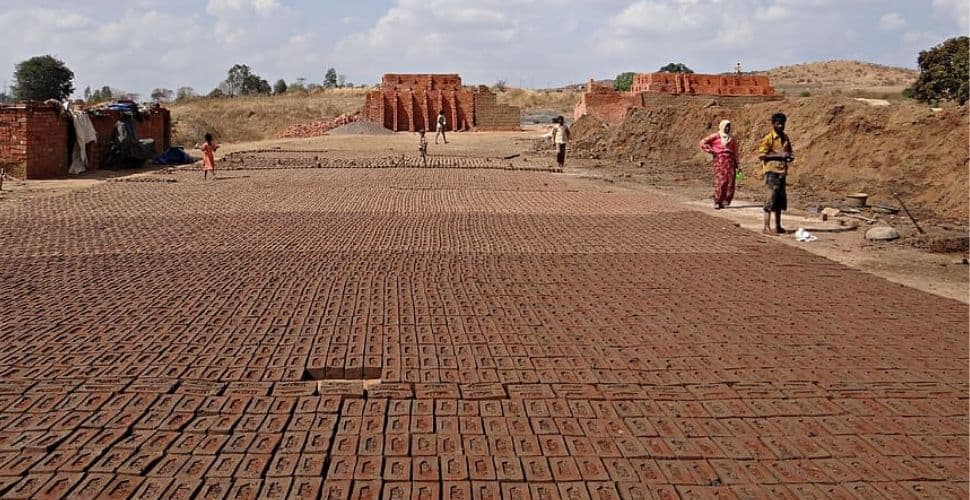 Following the purported state crackdown, a labor ministry official last week declared all of the country’s 486 kilns free of child workers—defined in Cambodia as those aged under 15—and free of debt bondage.

But a Thomson Reuters Foundation investigation and a workers’ union survey has found little evidence to substantiate her claims.

In fact, the soon-to-be-released survey by the Builders and Woodworkers Trade Union Association (BWTUC) found nearly 4,000 children living in brickyards, with about one in six saying they were also working there.

Thomson Reuters Foundation’s own visits to the kilns, meanwhile, found minors working and playing in brick yards alongside adults working in debt bondage.

A police source revealed to Thomson Reuters Foundation that the government “crackdown” had in fact involved no real inspections, with state officials and police only visiting furnaces “to inform” them.

“When inspectors visit, they don’t see anything, but (child labour) is all still there,” said the officer, who lives near a cluster of brick kilns, speaking on condition of anonymity.

Asked about child labour in kilns, a second source said police could not “control what parents do with their children”.

“If you ask about labour inspections, the Ministry of Labour is the only source of information,” he said.

Cambodia’s brick industry has been booming in recent years, largely thanks to Chinese investment, and a great number of workers have been drawn to work in its kilns—most of them poor, rural farming families.

But they are often lured there by kiln operators who offer their financial assistance before trapping them in debt bondage and dangerous working conditions.

“How can the government say there is no debt bondage?” asked Chin Malin, 43, who has been working at kilns for 18 years.

When her mother became ill about a decade ago, Malin turned to her boss for a loan that has left her $7,000 in debt. If she wishes to go off-site, her children must stay behind as collateral, so they can take on her debt if she fails to return.

“I owe my boss thousands … My situation is hopeless,” said Malin, who did not give her real name. “I am not sure that I will ever clear my debt – I can only make so many bricks.”

A number of serious accidents in brick factories has caused the country to come under serious international scrutiny in recent months, and led the government to ban children from its production lines.

But as the Thomson Reuters Foundation exposé reveals, the government’s response may have been a crackdown in name only. A more substantive effort is needed to protect Cambodia’s children and kiln workers from exploitation.