New database shows almost half of countries don't criminalize slavery - FreedomUnited.org
This website uses cookies to improve your experience. We'll assume you're ok with this, but you can opt-out if you wish.Accept Read More
Skip to content
Back to Global News 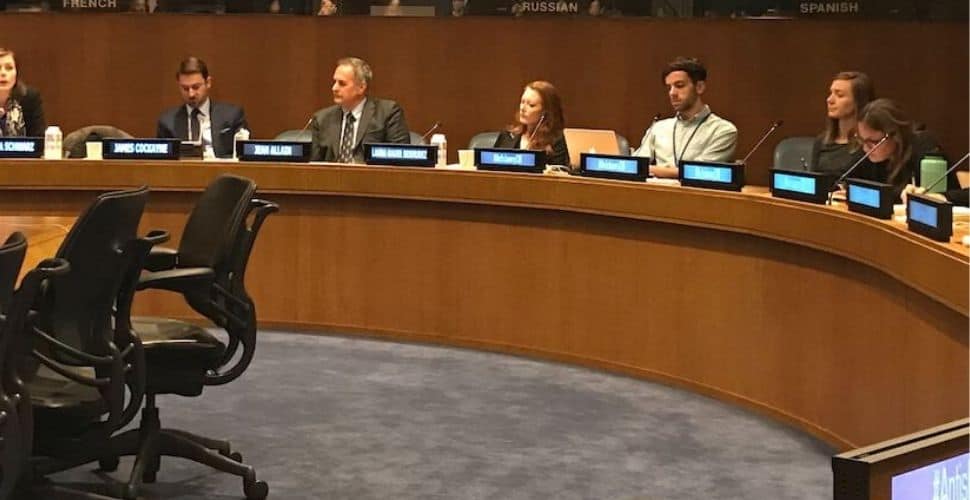 There are few goals more universal than ending modern slavery. But nearly half of countries do not actually criminalize it, according to a new database of domestic anti-slavery legislation.

The Antislavery in Domestic Legislation Database was created by a team of researchers at the University of Nottingham and Monash University and is the first comprehensive database of its kind, compiling legislation from all 193 UN member states for free public perusal.

The data shows that while historic laws that allowed slavery have been universally eliminated, 94 countries—almost half of all member states—stopped short of explicitly making slavery a crime.

The statistics are even more disheartening when looking at serfdom, debt bondage, forced marriage, and child trafficking: almost two thirds of countries do not criminalize any of these.

“Slavery is far from being illegal everywhere and we hope our research will move the conversation beyond this popular myth,” said Katarina Schwarz, a researcher at the University of Nottingham’s Rights Lab, which led work on the slavery database.

“It will surprise many people to learn that in all of these countries there are no criminal laws in place to prosecute, convict and punish people for subjecting people to the most extreme forms of exploitation.”

Freedom United team member Carlo Ladd attended the database’s official launch at the UN Headquarters in New York on Wednesday, where its authors, Katarina Schwarz and Jean Allain, discussed their project alongside other experts.

In describing the database’s often disappointing findings, Allain—a prominent scholar of international law at Monash University and the University of Hull—drew a firm distinction between abolition and prohibition of slavery.

While abolition involves repealing laws allowing slavery and has occurred in every country, Allain said many countries have not taken the further step of prohibition: the active outlawing and criminalization of slavery through the creation of new laws.

Allain noted that where new laws have been created, the database shows that they have tended to focus on human trafficking. The panelists agreed that this overemphasis on trafficking has allowed domestic forms of slavery to fly under the radar.

Schwarz, who is Associate Director at the University of Nottingham’s Rights Lab, stressed that she hopes the database will become be a useful tool for the anti-slavery movement, and that it is “not just for academia.”

The database makes clear how far the world still has to go to end modern slavery by 2030, and underscores the need for more effective anti-slavery policies across the world—including in rich Western nations often seen as global leaders on the issue.

“Not a single region of the world is doing substantially better or worse at legislating against these practices,” stressed Schwarz. “Start taking a lead from countries you might never look at.”

We have a major concern right here in SC and have The Coastal Region Human Trafficking Task Force set up to guide us in helping toward alleviating this very horrendous problem which sacrifices so many innocent human beings for these sickening sexual predators. Contact Janis Croteau or Lt. Sherri Smith at 937-867-4802 if you have any concerns for anyone in your area. God Bless