Migrants en route to the U.S. trafficked in Mexico - FreedomUnited.org
This website uses cookies to improve your experience. We'll assume you're ok with this, but you can opt-out if you wish.Accept Read More
Skip to content
Back to Global News 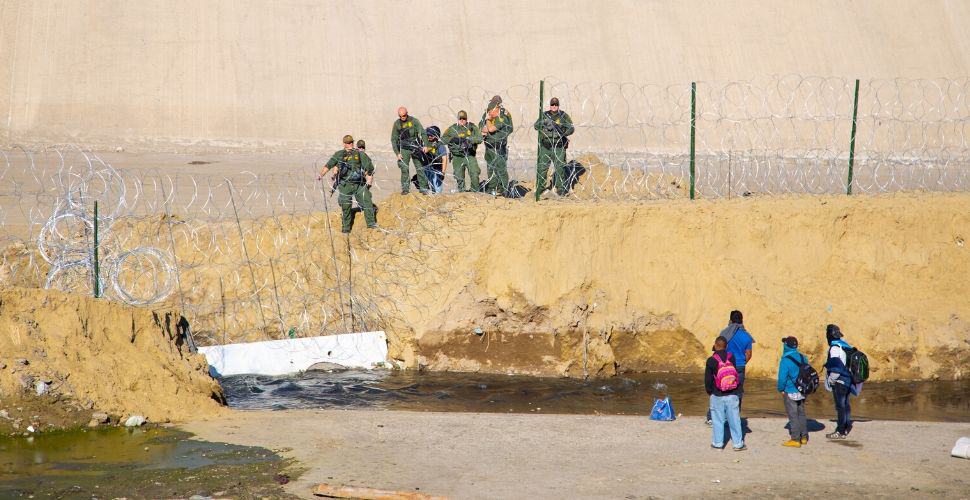 Migrants en route to the U.S. trafficked in Mexico

Medical charity, Medecins Sans Frontieres (MSF), has reported that migrants from Central America are being “treated as if they aren’t really people” as a staggeringly high number are being kidnapped, raped and trafficked in Mexico.

This comes during a U.S. government crackdown to limit the number of migrants entering the country.

President Donald Trump has threatened to put tariffs on its imports into Mexico, pressuring its neighbor to increase its efforts to stop migrants reaching the U.S. border.

Most migrants from Central America fleeing their home countries, as a result of violence or poverty, hope to reach safety in the United States where they may have support networks.

Instead, their journey may come to an end in Mexico’s Nuevo Laredo city. According to MSF, nearly 80% of migrants treated in Nuevo Laredo in the first nine months of 2019 were victims of kidnapping or other forms of violence.

Mexico coordinator for MSF, Sergio Martin, said that “they’ve suffered violence…and what they find on their journey is more violence.”

“In September, 18 of 41 patients in Nuevo Laredo who had been sent back to Mexico to wait for U.S. asylum processing told MSF they had recently been kidnapped.

“We think that as a direct result of many of these policies there are people who are suffering more violence,” said Martin.

“It’s easier for them to fall into human trafficking networks or into extortion networks, and no one look for them.”

MSF found 78% of almost 3,700 patients in Mexico who sought mental health care in 2018 and 2019 showed signs of exposure to violence, including assault, sexual violence and torture.

Some patients said they had been kidnapped in Mexico for long periods for forced labour, sexual exploitation or recruitment to work for criminal groups.

Almost one in four female migrants told MSF they had experienced sexual violence on their journeys.”

Mexico’s National Guard has been deployed to prevent migrants crossing the border into the U.S. whilst also increasing numbers of detentions and deportations.

To date, the U.S. has sent 57,000 non-Mexican migrants to Mexico as they await their U.S. asylum hearings whilst also restricting asylum criteria and reducing the number of claims being received at each U.S. port of entry.

The Migrant Protection Protocol, otherwise known as MPP, is the U.S. program that aims to keep asylum seekers in Mexico with the support of the Mexican government.

A spokesperson from the U.S. Department of Homeland Security said that the “MPP is one of the most important and effective tools we have implemented to confront the crisis on the border and we will continue to strengthen and expand.”

People who want to leave their countries in the hope of finding a better life have a reasonable goal. However, they cannot use the US as their stamping ground as nobody has the right to decide to live in a country to which they haven’t been given access! What these people can do is visit with the American Councel and ask what they have to do to move to America. They might well be turned down but neither the US nor any other country will simply accept whoever falls onto their doorstep!