Qatar 2022: FIFA Finally Admits Violation of Workers' Rights - FreedomUnited.org
This website uses cookies to improve your experience. We'll assume you're ok with this, but you can opt-out if you wish.Accept Read More
Skip to content
Back to Global News 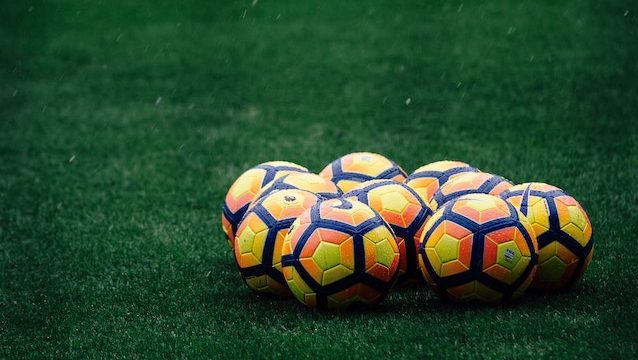 FIFA, for the first time ever, has admitted that migrant workers’ rights have been violated in the building of stadiums for the upcoming 2022 World Cup in Qatar.

The admission comes after an investigative report by German broadcaster WDR, which filmed undercover interviews with Nepali workers who told stories of extreme labor exploitation.

“We are captured,” said Nepali worker Dil Prasad. “Every day we nourish ourselves on water and bread. Without money we can’t do anything else. Month on month our situation gets worse and worse.”

Many of the men interviewed spoke of unpaid wages, companies withholding their papers, and the failure of the labor court or the embassy to help them.

Others spoke of the numerous migrant workers who have died on the job — official figures from the Nepali government show that 1,426 had passed away between 2009 and 2019, while there were 111 deaths this year alone.

While Qatar are still yet to comment, FIFA have promised to investigate the allegations made by WDR further.

Up until now, football’s governing body had stressed that the allegations related not to the alleged offenses on stadium construction sites in Qatar, but to other projects over which they had no influence.

However, FIFA did admit to a breach in workers’ standards for the first time in a press release on Wednesday: “We are aware of reports that the company TAWASOL – a sub-contractor in the construction of the Al Bayt Stadium – has violated the standards for workers.”

The Supreme Committee for Delivery and Legacy, responsible for World Cup preparations, has since confirmed that 23 TAWASOL employees have been paid their outstanding earnings and will continue to work on the site.

A spokesman for Nepal’s Labor Ministry noted that Nepal and Qatar have an MoU concerning migrant workers and that they received a pre-departure training.

Barun Ghimire, a Nepal-based human rights activist and lawyer, told Arab News that despite reports of workers’ deaths and labor abuses, it has been difficult to bring charges against employers.

“There have been reports that many Nepali workers have died either in the construction of stadiums or something related to stadiums in Qatar. We tried to establish a case against employers, but they are difficult to investigate because of the chain brokers involved in recruiting the workers,” said Ghimire.

Fifa finally admit that there are abuses of migrant workers and immediately start with the excuses why they can’t do anything about it.
If they valued the rights and wellbeing of these workers, half as much as they value twenty two men chasing a bag of wind around a field, there would be no problem.
If Fifa can’t oversee these projects to ensure contractors receive good conditions and their agreed pay, close the project down. Other countries would happily take it on.

Modern day slavery in the preparation for the 2022 World Cup in Qatar? All to cut costs and maimize shirt-term profits? Why is this even a concern in the Ist century? Filthy, disgusting greed pays no heed to the essentual dignity of the workers building these stadiums. Sad, so sad.