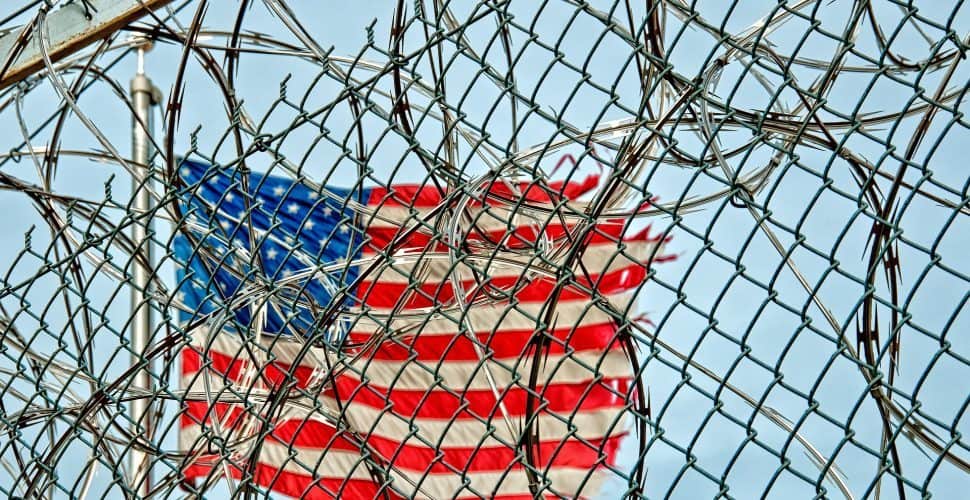 Immigrants who have been detained in a private prison in San Diego allege that that they have been subjected to forced labor and threatened with solitary confinement or restricted visitation rights if they refused to work.

The class action lawsuit names CoreCivic, a private prison company contracted by the United States government to hold detainees in the custody of the US Immigration and Customs Enforcement (ICE).

The San Diego Union Tribune reports that this case hinges on the difference between treatment for those detained for criminal offenses and those held on civil charges:

The class-action lawsuit, filed Wednesday in San Diego federal court, alleges that immigrants at Otay Mesa Detention Center are paid at most $1.50 per day, and sometimes not paid at all, for their work as kitchen staff, janitors, barbers and various other roles. It further alleges that the facility doesn’t provide all of the basic necessities that detainees need for daily life, like soap, which means they have to work in order to buy those items at the commissary.

While work programs that pay little are common in prisons, the complaint argues that there is a legal difference for those in the immigration system.

ICE has authority to detain someone only if the agency believes that person won’t show up in court or if the agency suspects the person would be dangerous to society if released.

ICE’s own detention standard sets standards for contracted companies like CoreCivic, wherein all work should be done voluntarily and compensated by a minimum of $1 per day. The lawsuit charges that the environment at the prison gives detainees no choice and violates state and federal human trafficking laws. “This labor is not voluntary in any meaningful sense,” reads the complaint.

By paying detainees nearly nothing, the lawsuit says CoreCivic was able to “exponentially” increase its profits through cheap or free labor.

Private for profit prisons have a vested interest in keeping prisoners behind bars for as long as possible. These prisons have no place in America and should be banned!

This place needs to be shutdown NOW.

Shut private prisons down. They create a demand for more “customers” & cannot be trusted to be fair when profit is their goal.

ah, the private prison industry, such a good friend of Jeff Sessions. I’m sure they’ll be looking forward to their tax cuts from Trump also,.

Our prison system is archaic, cruel and ineffective in changing behavior of those incarcerated. It is one thing to “pay a debt to society” and another to be subjected to modern slavery. Prisons for private profit – were is the rationality of this? Where is the work training needed so those who have served their time have a marketable skill to survive when they return to society?

We should outsource all hart criminals to China, there they can complain.
I have a good remedy for prisoners if they cry about overcrouding in prison, “don’t commit a crime”!
I feel like a punished criminal. I am 58 years in the workforce and get squeesed out of taxes for criminals to have a good live in prison! The system stinks!!!